The Giant Sword of the Samurai 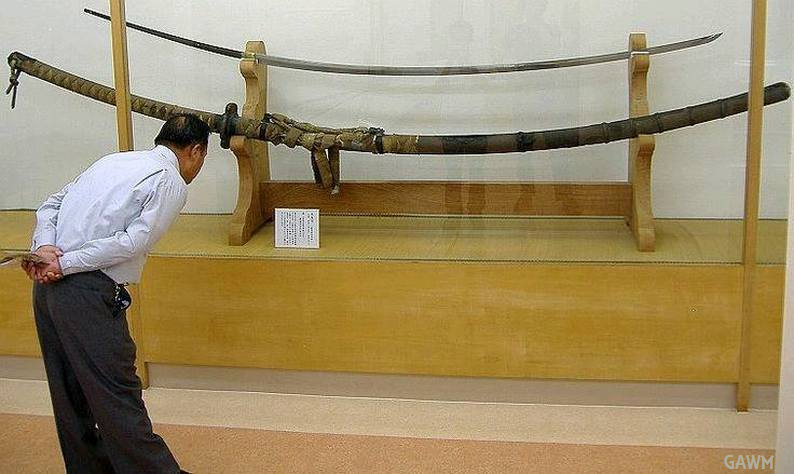 The Giant Sword of the Samurai

This giant sword was made by Osafune Norimitsu in 1447. It was forged as one piece. The sword is owned by Kibitsu shrine in Okayama Prefecture. The blade was covered in rust before Okisato polished in 1992. giant sword 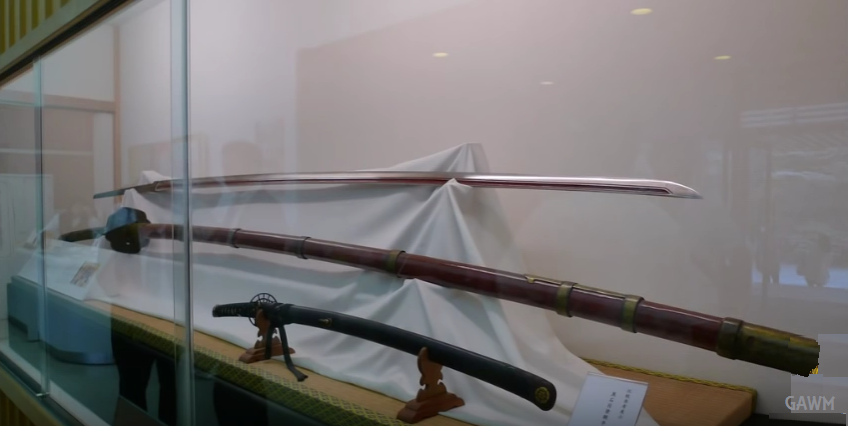 Who would have used such a massive sword? What was the size of the samurai who used this sword for battle?

Think how awesome it would have been if it was wielded by some huge 8-10ft samurai and legend around a nearby town is that if you slay the giant, you get to keep his sword as proof. 2)

The largest swords come from this time period. There were giant weapons and armor from Japan. Through Europe, giant swords, helmets and giant suits of armor come from medievil times. Each having tales of great heroes of extraordinary size and power. This very unweildable sword is from one of the most neotonous (childlike or young looking in comparison) races. So one of the smallest races will be said by skeptics that this sword is weilable by the Japanese. Then they will say there are very tall people today. What they will not say is that today the Japanese are tall because of KFC and McDonalds and other modernizations bring beef and chicken loaded with steroids that previous generations didnt have access to.

Truth be told, the Japanese are still a short people and people around the world would be much shorter if they didnt have this diet of height enhancing food giving a false positive. The point is that this giant sword is only weildable by a giant and giant swords do not need a soiree party or ceremony to explain away its function and ownership. 3)