Fingerprints of the Builders 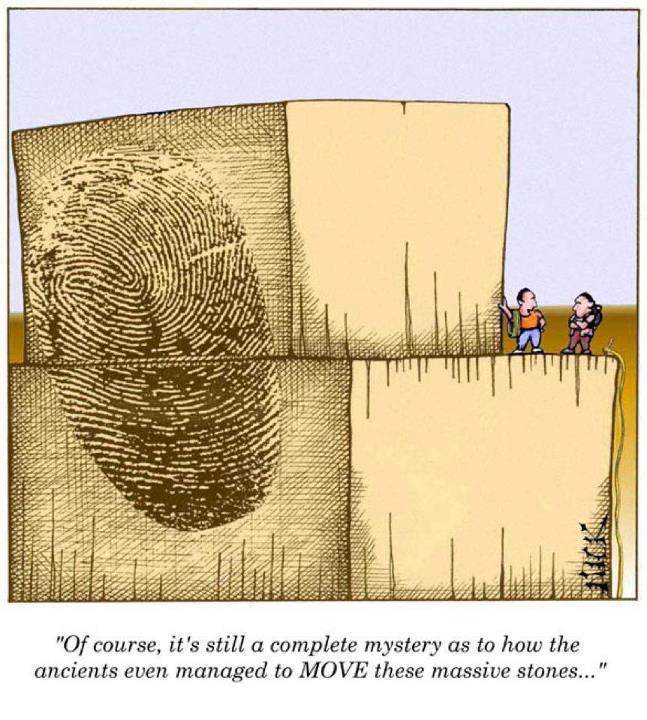 This cartoon may seem to be a little far-fetched. But hold on!!!

As we have seen above in the subject: “Giant Stones moved by Giants” that the Tomb of Rekhmire depicts giants moving great stones to build the pyramids. . . While building did they leave fingerprints?

The answer is yes, and a lot more.

15 GIANT HANDPRINTS IN THE GLOZEL MUSEUM~

From the painted rock art in Europe, to the aboriginal caves in Australia, the Human Hand has been represented since the beginning of time.
in the Jacumba Mountains through an area we had traversed many times before, the setting sun and its long shadows suddenly revealed an artifact of significant importance. Carved a long time ago, upon a small boulder was a replica of the human hand. 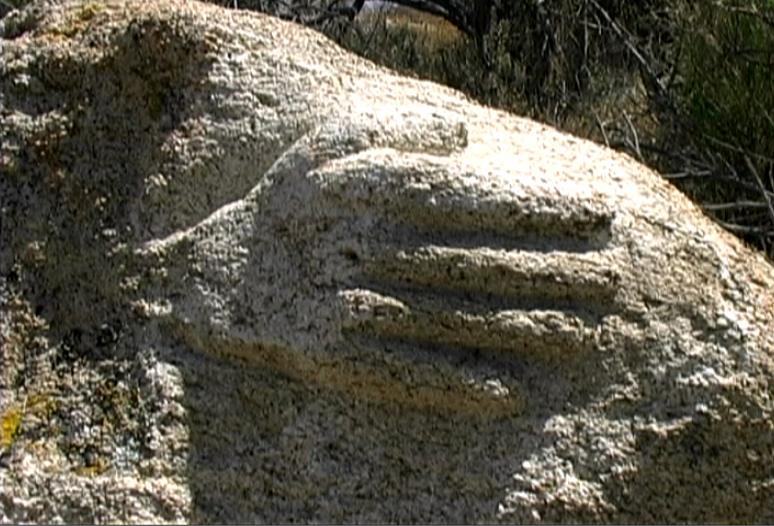 This carved hand, twice life size, was only the beginning welcome to a valley of ancient sculptures. As if this hand was designating a sitting spot, we stopped to scan the distant rocks that created a protective wall around the valley. As the sun continued to set.

This is a very interesting piece, It is most likely a carving, however what was the artist communicating. Most likely the existence of giants. This is an exaggeration to their size. but it seems to suggest that “they” are the ones that moved these large …See More

There were giants in Egypt? The Roman historian Flavius Josephus reported 79 AD of such beings in the history of the Jewish War, “There were giants. Much larger and differently than normal people. Horrible to look at. Who has not seen with his own eyes, he can not believe that they have been so enormous. ”

If you would like to hear the details of these stories and more, if you have a church, classroom, or group that you would like me to visit, contact me at greaterancestors.com