This story is about a giant pipe. Giant artifacts in general are rare in North Carolina, the evidence for giants is few and far between so i count any giant finds from North Carolina truly Golden.
This comes from LA Marzulli, and he is no starter he is a veteran at this whole Nephilim phenomena. He has been bringing unique and original content for years and years. He is a well known figurehead in giant research and is counted amongst the best giant researchers in the world. I have had the privilege of being on his podcast twice.

“L. A. Marzulli: I was recently in Burnsville North Carolina speaking at a conference there. My host, Emily took to me to father’s and uncle’s store, Rings and Things and what they brought out from the back room was simply astonishing. 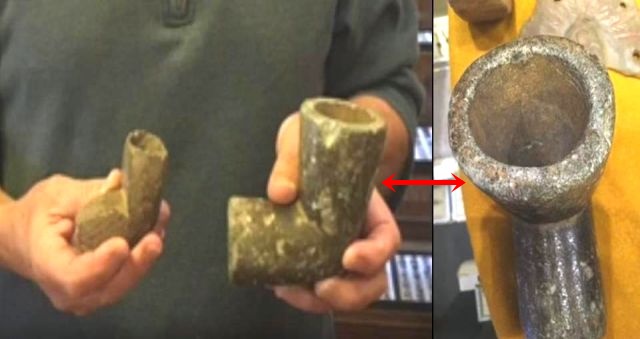 In this video you will see a very large pipe. Is it ceremonial as some main-stream anthropologist will insist, or does this pipe point to the veracity of the Native American Oral tradition which tells us that Giants once roamed the Earth.”