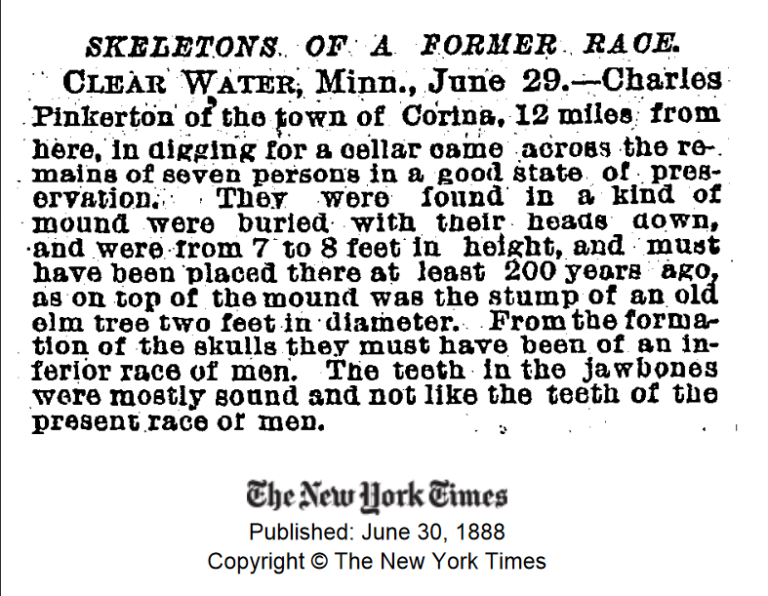 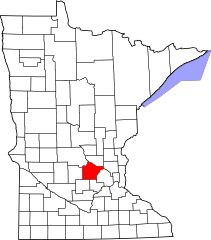 Charles Pinketon of the town of Corinna, 12 miles from here, in digging a cellar came across the remains of seven persons in a good state of preservation. They were found in a kind of mound, buried with their heads down. They were 7 to eight feet in height, and must have been placed there at least 200 years ago, as on top of the mound was a stump of an old elm tree, two eet in diameter. From the formation of the skulls they must have been an inferior race of men. The teeth in the jawbones were mostly sound and not like the teeth of the present race of men.