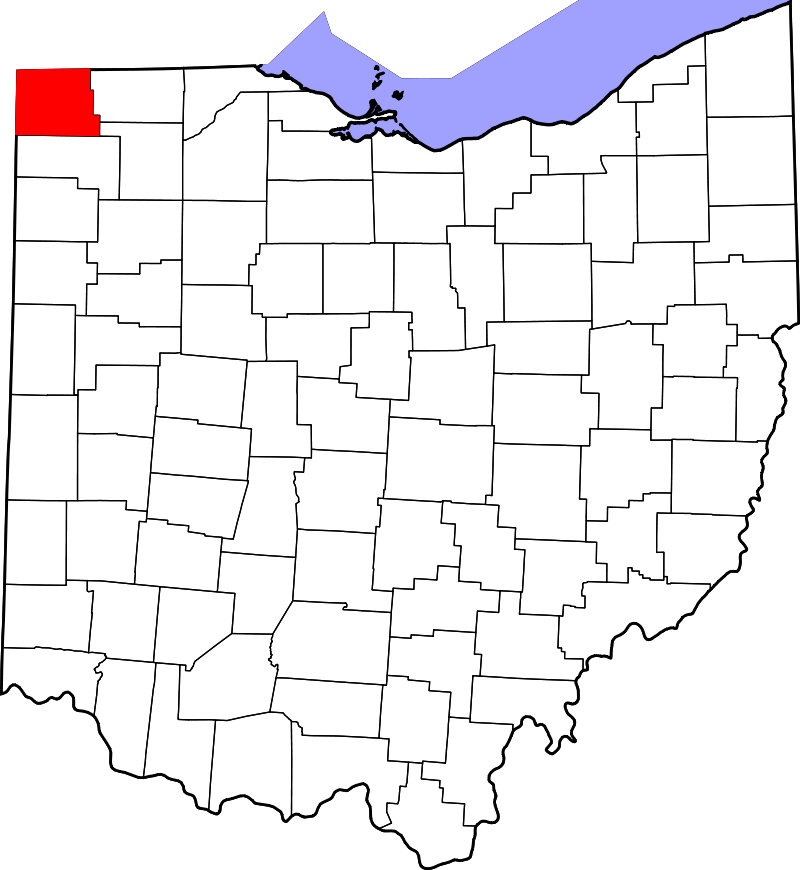 The county was created in 1820 and later organized in 1824. It is named for David Williams, one of the captors of John André in the American Revolutionary War.

On fractioned section 12, about 2 miles north of Montpelier, two very large mounds which were six and seven feet and fifty or sixty feet in diameter . . . taking there from two skeletons, one very large and the other of ordinary size.