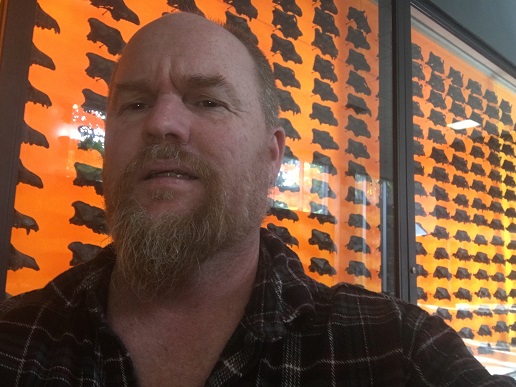 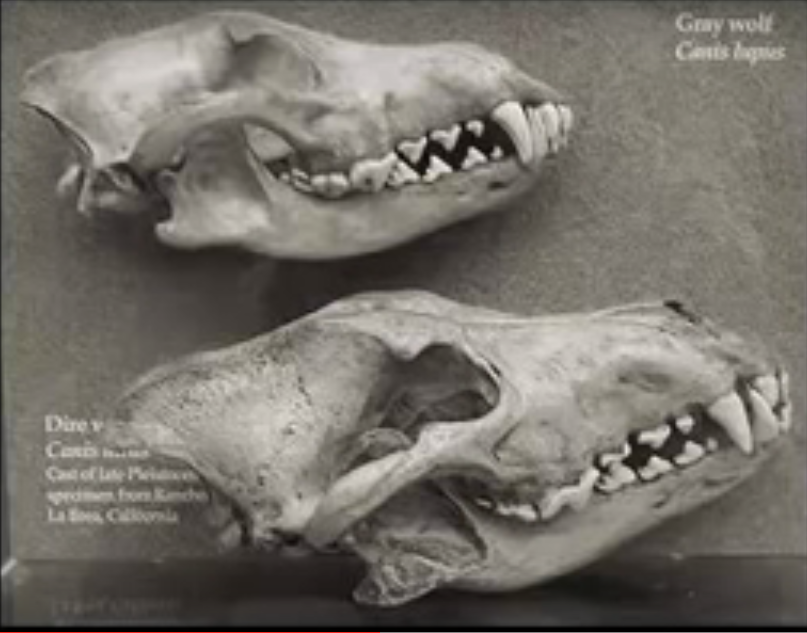 Megafaunal  wolves were slightly larger in size compared  to the modern wolf, but much more muscular and extremely robust in comparison to extant gray wolves, but with stronger jaws and massive teeth ideal for killing and devouring mammoths and other megafauna.(2  (7

Deep jaws are characteristic of habitual bone crackers, such as spotted hyenas, as well as canids that take prey as large as or larger than themselves.

At 1900 lbs per square inch in each bite, which is more than a hippopotamus akes these ancient wolves formidable giants 4) 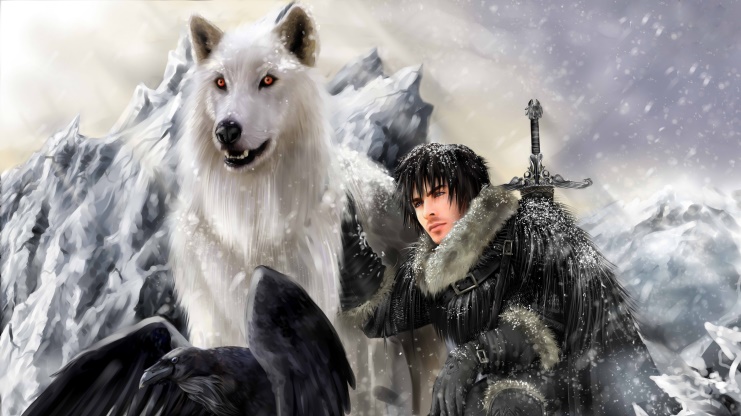 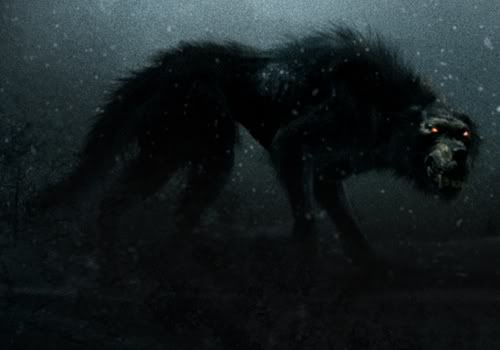 Dire wolves are the largest wolves that ever lived, it was much more muscular too. the Dire Wolf (Canis dirus) terrorized the plains of North America until the end of the last Ice Age, Dire wolves lives on in both popular lore and pop culture (as witness its cameo role on the HBO series Game of Thrones).  And is seen in the hit movie 300. 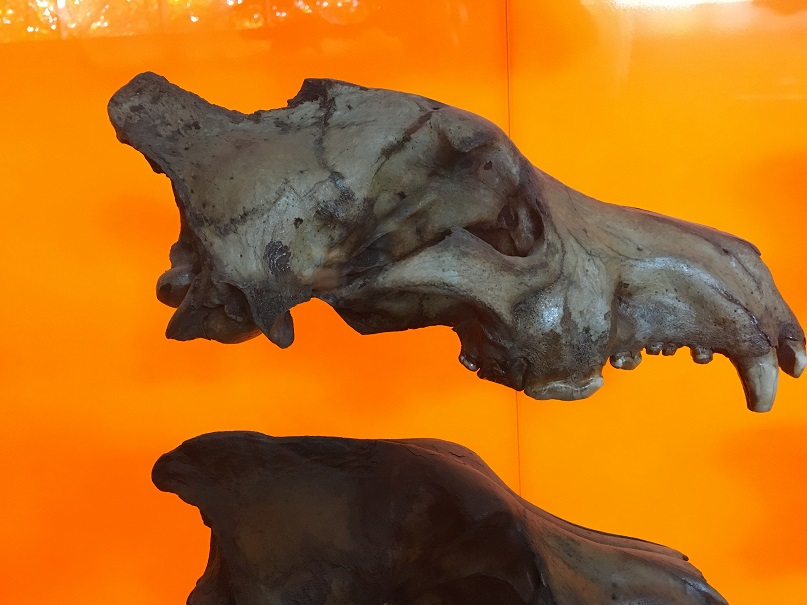 If you’re of a certain age (or if your parents or grandparents are especially nostalgic), you may be familiar with a track from the Grateful Dead’s landmark 1970 album Workingman’s Dead. In “Dire Wolf,” Jerry Garcia croons “don’t murder me, I beg of you, please don’t murder me” to a Dire Wolf (“600 pounds of sin”) that has somehow sneaked in through his living-room window. He and the wolf then sit down for a game of cards, casting some doubt on this song’s scientific accuracy. (3 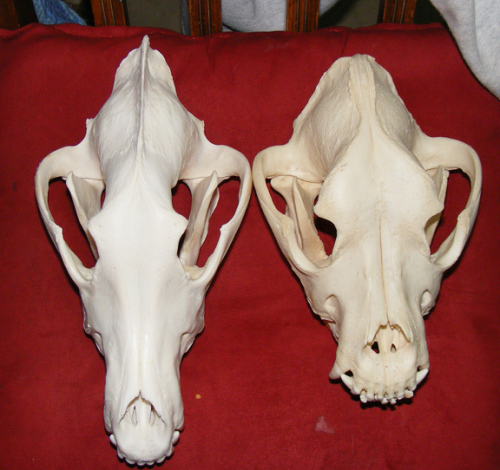 The Dire Wolf was 25 Percent Bigger than the Biggest Modern Dogs . The Dire Wolf was a formidable predator, measuring almost five feet from head to tail and weighing in the vicinity of 150 to 200 pounds–about 25 percent bigger than the biggest dogs alive today, and 25 percent heavier than the largest Gray Wolves. The mastiff and St. Bernard sometimes weigh in excess of 200 pounds, and at least a few Newfoundlands have also reached this size. Some Dire wolves greatly exceeded this  statistically.

Male Dire Wolves were the same size as females, but some were equipped with larger and more menacing fangs (which presumably increased their attractiveness during mating season, not to mention their ability to bring home the prehistoric bacon).

In 2015, a study looked at specimens of all of the carnivore species from Rancho La Brea, California, including remains of the large wolf Canis dirus that was also a megafaunal hypercarnivore. The evidence suggests that these carnivores were not food-stressed, and that carcass utilization was less than among large carnivores today. The high incidence of tooth breakage likely resulted from the acquisition and consumption of larger prey. Fangs ideal for killing and devouring mammoths and other megafauna. (7 [16]

Isotopic bone collagen analysis of the specimens indicated that they ate horse, bison, woodland muskox, and mammoth — i.e., Pleistocene megafauna. This supports the conclusion that they were capable of killing and dismembering large prey.  Compared with Pleistocene and extant gray wolves, the megafaunal wolf was hypercarnivorous, with a craniodental morphology more capable of capturing, dismembering, and consuming the bones of very large mega-herbivores. [1]

The fossil evidence from many continents points to the existence  of large animals at or near the end of the last glaciation. These animals have been termed Pleistocene megafauna. [22]

The cave wolf (Canis lupus spelaeus) possibly belongs to a specialized Late Pleistocene wolf ecomorph. Its bone proportions are close to the Canadian arctic-boral mountain-adapted timber wolf and a little larger than those of the modern European wolf. It appears that in the early to middle Late Pleistocene this large wolf existed all over Europe. [42]

In 2009, a study of the fossil remains of Paleolithic dogs and Pleistocene wolves found that five wolf specimens from Trou Baileux, Belgium,[43] Trou des Nutons, Belgium,[44] Mezine, Ukraine,[45] and Yakutia, Siberia[46] had a greater snout width than recent wolves. A similar trend was discovered in North American fossil wolves from East Beringia.[47]

Their genes could exist in some population of modern wolves or maybe even coyotes, but those genes have not been found.  (If someone could locate a pristine stample of dire wolf DNA, we could find answers to some of these questions). This former genetic diversity is further added when some wolves were found in the Alaska permafrost. They resembled large modern wolves of the occidentalis subspecies, although they were quite bit more robust in appearance. When the jaw structures were examined, the wolves were found to have much more powerful jaws than any known population of wolves. When their DNA was sequenced, their DNA sequence that was found to match any extant wolf populations.

I think it is more likely that the unusual wolves found in Alaska might have some descendants in a population of modern wolves that have not had their DNA sequenced.

Evolutionary academia struggles with the Giant status of the Dire wolf.  In fact most of the time they will state that the dire wolf is the same size as the modern gray wolf, or make it sound as if it is shorter. There are several features questioned for instance:

the legs are often touted as being shorter than that the Gray wolf and therefore slower.

The brain-size being smaller and therefore dumber. . . .

If I could only get believers in evolutionism to stick to that criteria when it comes to the rest of the greater ancestors, that would truly be golden!!!