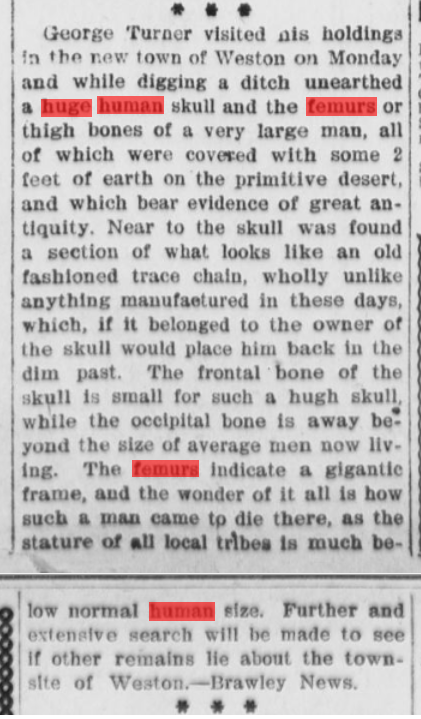 George Turner visited his holdings in the new town of Weston on Monday and while digging a ditch unearthed a huge human skull and the femurs or thigh bones of a very large man, all of which were covered with some 2 feet of earth on the primitive desert, and which bear evidence of greater antiquity. Near to the skull was found a section of what looks like an old fashioned trace chain, wholly unlike anything manufactured in these days, which, if it belonged to the owner of the skull would place him back in the dim past. The forntal bone of the skull is small for such a huge skull while the occipital bone is way beyond the size of average men now living. The femurs indicate a gigantic frame, and the wonder of it all is how such a man came to die there, as the stature of all local tribes is much below normal size. Further and extensive search will be made to see if other remains lie about the townsite of Weston.-Brawley News.