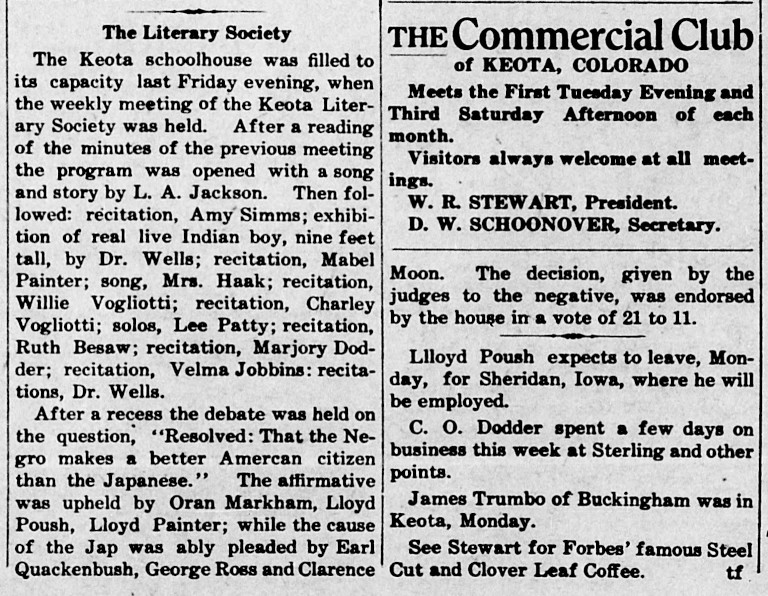 The Keota schoolhouse was filled to its capacity last Friday evening, when the weekly meeting of the Keota Literary Society was held. After a reading of the minutes of the previous meeting the program was opened with a song and story by L. A. Jackson. Then followed: recitation, Amy Simms; exhibition of real live Indian boy, nine feet tall, by Dr. Wells; recitation, Mabel Painter; song, Mrs. Haak; recitation, Willie Vogliotti; recitation, Charley Vogliotti; solos, Lee Patty; recitation, Ruth Besaw; recitation, Marjory Dodder; recitation, Velma Jobbins: recitations, Dr. Wells. After a recess the debate was held on the question, “Resolved: That the Negro makes a better Amercan citizen than the Japanese.” The affirmative was upheld by Oran Markham, Lloyd Poush, Lloyd Painter; while the cause of the Jap was ably pleaded by Earl Quackenbush, George Ross and Clarence

Moon. The decision, given by the judges to the negative, was endorsed by the house in a vote of 21 to 11.​