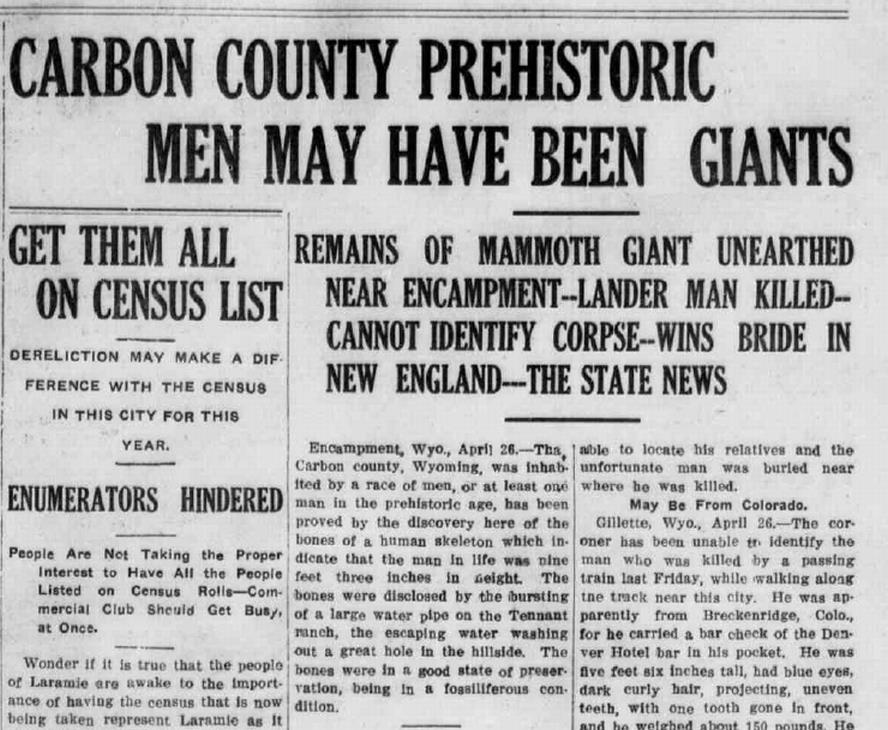 CARBON COUNTY PREHISTORIC MEN MAY HAVE BEEN GIANTS 9.

Encampment, Wyoming., April 26.-The, Carbon county, Wyoming, was inhabited by a race of men, or at least one man in this prehistoric age, has been proved by the discovery here of the bones of a human skeleton which indicate that the man in life was nine feet three inches in height. The bones were disclosed by the bursting of a large water pipe on the Tenant ranch, the escaping water washing out a great hole in the hillside. The bones were in a good state of preservation, being in a fossiliferous condition.

A nine foot individual of course beats Robert Wadlow as the tallest man, but so do thousands of other accounts. Why does mainstream academia insist that Robert Wadlow (a modern giant) is the tallest ever, in spite of the evidence?

The reason is simple: Its the same reason that all of the giant horse species are left out of horse-evolution charts, THE FOSSIL RECORD IS OPPOSITE OF EVOLUTIONAY PREDICTIONS. 9.