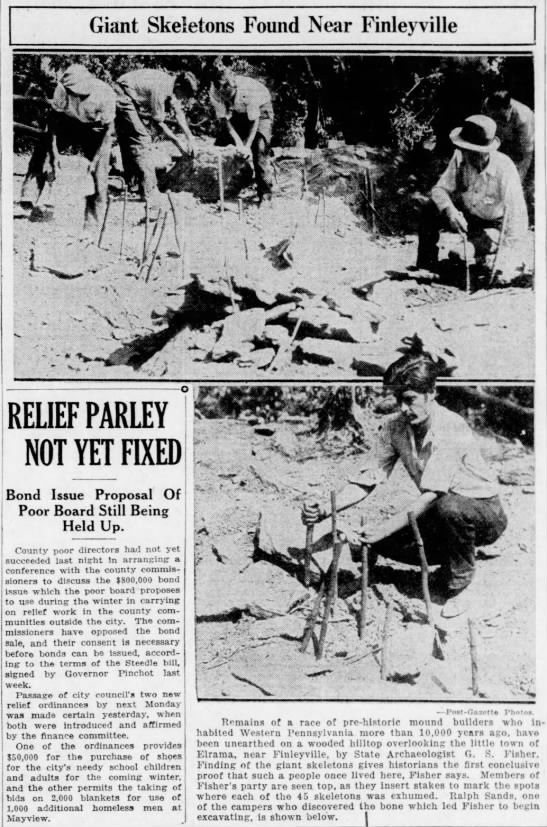 Remains of a race pre-historic mound builders who inhabited Western Pennsylvania more than 10,000 years ago, have been unearthed on a wooden hilltop overlooking the little town of Elrama near Finleyville, by State Archaeologist G. S.  Fisher. Finding of the gigantic skeletons gives historians the first conclusive proof that such a people once lived here, Fisher says. Members of Fisher’s party are seen top, as they insert stakes to mark the spots where each of the 45 skeletons was exhumed. Ralph Sands, one of the campers who discovered the bone which led Fisher to begin excavating, is shown below.