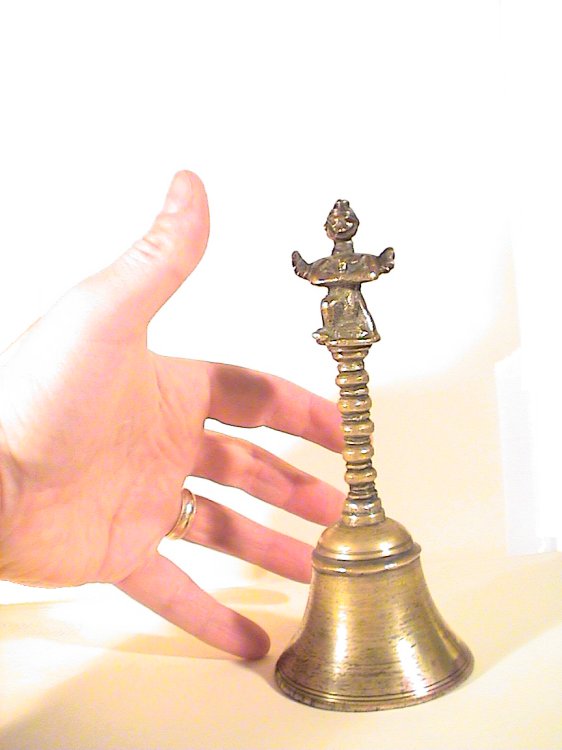 In 1944, as a ten year old boy, Newton Anderson dropped a lump of coal and broke it in half in his basement and found that it contained this bell inside. The bituminous coal that was mined near his house in Upshur County West Virginia is supposed to be about 300 million years old! What is a brass bell with an iron clapper doing in coal ascribed to the Carboniferous Period? According to Norm Sharbaugh’s book Ammunition (which includes several “coal anecdotes”) the bell is an antediluvian artifact (made before the Genesis Flood). The Institute for Creation Research had the bell submitted to the lab at the University of Oklahoma. There a nuclear activation analysis revealed that the bell contains an unusual mix of metals, different from any known modern alloy production (including copper, zinc, tin, arsenic, iodine, and selenium).

The bell was prominently featured in the 1992 CBS docudrama production called Ancient Secrets of the Bible and is now part of the Genesis Park collection. A handful of other such accounts have been recorded, including the intricate gold chain found in coal (Sanderson, Ivan T., Uninvited Visitors, 1967, pp. 195-196.) and the cast iron pot found in a coal seam at the Municipal Electric Plant in Thomas, OK (now archived at Creation Evidence Museum).

I would like to add the importance of the minerals the bell is made from. It was made from a method not used today. I hope that more information and testing can be done to highlight a possible process or professional metalurgists could further enlighten us to the superiority of our Greater Ancestors technology when it comes to metallurgy.