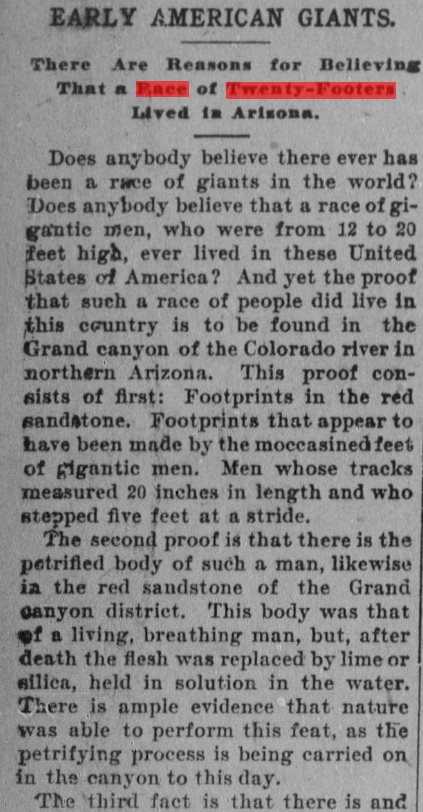 There Are Reasons for Believing That a Race of Twenty-Footers Lived in Arizona.

Does anybody believe there ever has been a race of giants in the world? Does anybody believe that a race of gigantic men, who were from 12 to 20 feet high, ever lived in these United States of America? And yet the proof of such a race of people did live in this country is to be found in the Grand canyon of the Colorado River in northern Arizona. This proof consists of first: Footprints in the red sandstone. Footprints that appear to have been made by the moccassined feet of gigantic men. Men whose tracks measured 20 inches in length and who stepped five feet in stride.

The second proof is that there is the petrified body of such a man, likewise in the red sandstone of the Grand canyon district. This body was that of a living, breathing man, but, after the death the flesh was replaced by lime or silica, held in solution in the water. There is ample evidence that nature was able to perform this feat, as the petrifying process is being carried on in the canyon to this day.

The information is incomplete, we need more info. 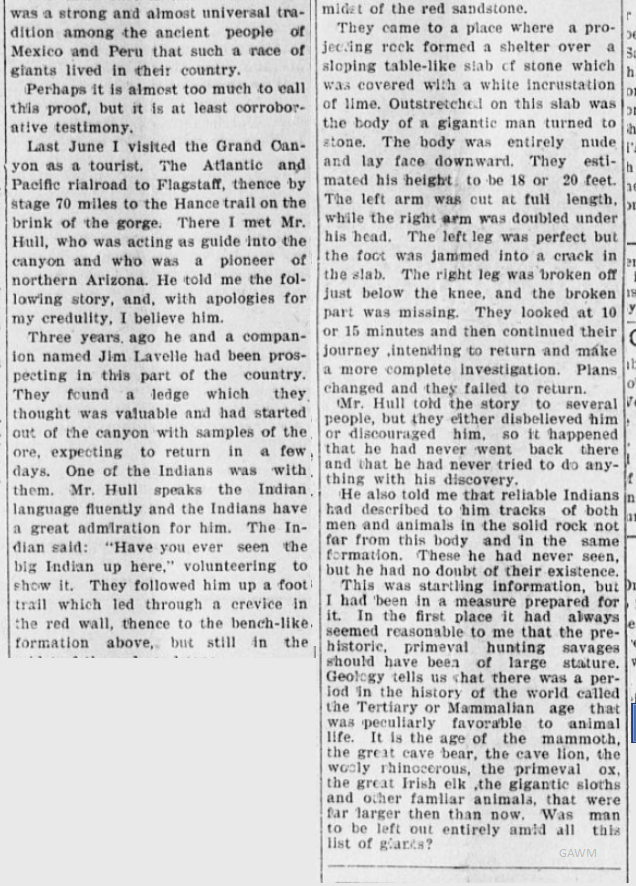 Reasons to believe a race of Giant Human 20-Footers Lived in Arizona per 117 year old newspaper Part 1 of 2. Footprints & a Giant Petrified Man in the Grand Canyon