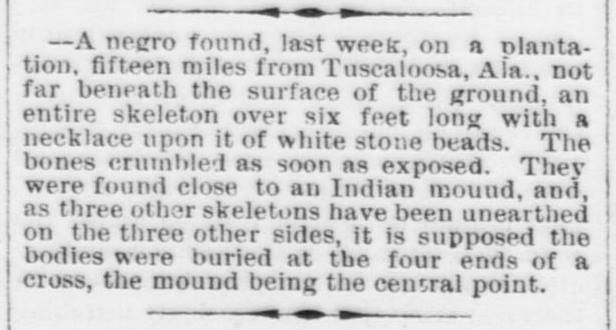 –A negro found, last week, on a plantation, fifteen miles from Tuscaloosa, Alabama, not far beneath the surface of the ground, as entire skeleton over six feet long with a necklace upon it of white stone beads. The bones crumbles as soon as exposed. They were found close to an Indian mound, and, as three other skeletons have been unearthed on the three other sides, it is supposed the bodies were buried at the four ends of a cross, the mound being the central point.