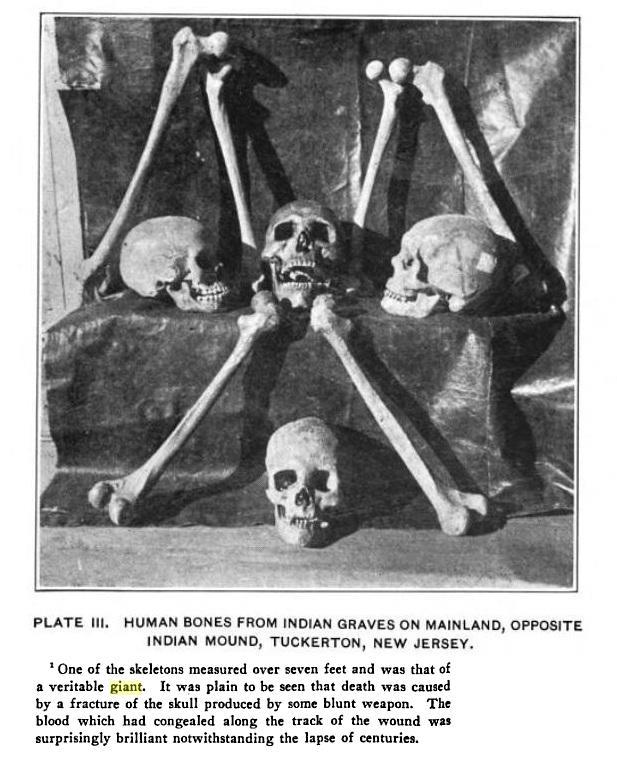 One of the skeletons measured over seven feet and was that of a veritable giant. It was plain to be seen that the death was caused by a fracture in the skull produced by some blunt weapon. The blood which had congealed along the track of the wound was suprisingly brilliant notwithstanding the lapse of centuries.