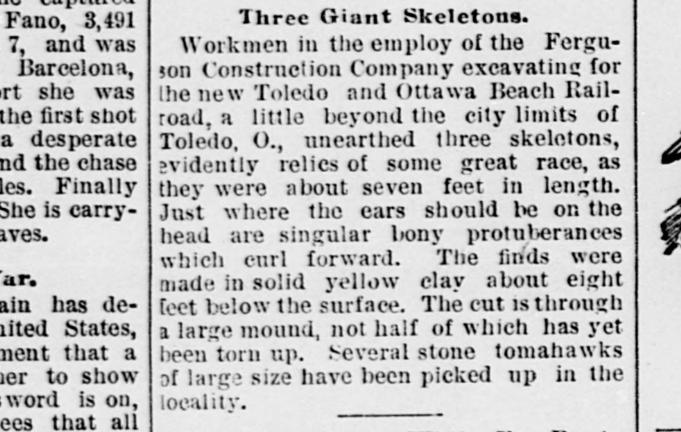 Workmen in the employ of the Fergusson Construction Company excavating for the new Toledo and Ottawa Beach Railroad, a little beyond the city limits of Toledo, Ohio, unearthed three skeletons, evidently relics of some great race, as they were about seven feet in length. Just where the ears should be on the head are singular bony protuberances which curl forward. The finds were made in solid yellow clay about eight feet below the surface. The cut is through a large mound, not half of which has yet been torn up. Several stone tomohawks of large size have been picked up in the locality.

A mound near Toledo, Ohio held 20 skeletons, seated and facing east with jaws and teeth “twice as large as those of present day people” and beside each was a large bowl with curiously wrought heiroglyphic figures.