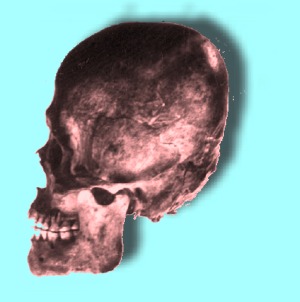 There appears to have been a link between their society and the isolated Meadowood Culture of 800 to 500 BC on the border of the lower St. Lawrence river at Quebec- New York-Ontario. Saint Lawrence

They also formed a nexus with the Adena culture of huge round-heads. Prufer and Dragoo always insisted that Adena came from eastern Lake Ontario, via upper New York to West Virginia and the Ohio River.

Now the Canadian Museum of Civilization (a citadel of conservative isolationism and liberal political-correctness) admits that in the Terminal phase (2,000 to 1,000 BC) of the “Middle Great Lakes-St. Lawrence Culture” (previously called “Laurentian Late Archaic”) a tall people (women 170 cm and men 180.7 cm) with “hyperdontia, or extra teeth… a genetic trait… biological…”, dwelt in the St. Lawrence-Ottawa Valley (J.V. Wright, History Native Peoples of Canada: 10,000 to 1000 BC).

Strangely, the skeletal remains of children were very rare. Plenty of cremations, though, in glaring contrast to the Red Paint People, wether Maritime or Laurentian Archaic, who had elaborate burials for kids.