The Other Kap Dwa “Mokoi”

The Current Kap Dwa in Maryland is from Paraguay NOT Patagonia

Currently this Giant is owned by Robert Gerber and his wife in Baltimore Maryland. Mr. Gerber however, tells a much different story about the two-headed giant in his possession.

According to Gerber, Kap-Dwa was in fact found already dead on a beach with a massive spear embedded in his chest. The ‘creature’ was mummified by locals in Paraguay—not Patagonia— until an English Captain called George Bickle came across his remains, eventually transporting him to England, to a museum in Blackpool where he stayed on display for several years.

Eventually, the mummified remains were transported back to the Americas to Baltimore.

Ok, so he did exist, does that prove Giants were common in the past?

Well, while it’s certainly possible that such a being may have existed—and Kap-Dwa is most likely real—there is abundant proof of fake giants all around the globe. This, however, does not mean that because one of them is fake, all others are as well.

We can find numerous ancient texts and accounts that mention the existence of giants. Some of these texts can even be found in religious books like the bible.

“There were giants in the earth in those days; and also after that, when the sons of God came in unto the daughters of men, and they bare children to them, the same became mighty men which were of old, men of renown.” -Genesis 6:4

The Nephilim are believed to have been the offspring of the “sons of God” and the “daughters of men” before the Deluge according to Genesis 6:4; the name is also used in reference to giants who inhabited Canaan at the time of the Israelite conquest of Canaan according to Numbers 13:33.

“And there we saw the Nephilim, the sons of Anak, who come of the Nephilim; and we were in our own sight as grasshoppers, and so we were in their sight.” -Numbers 13:33. 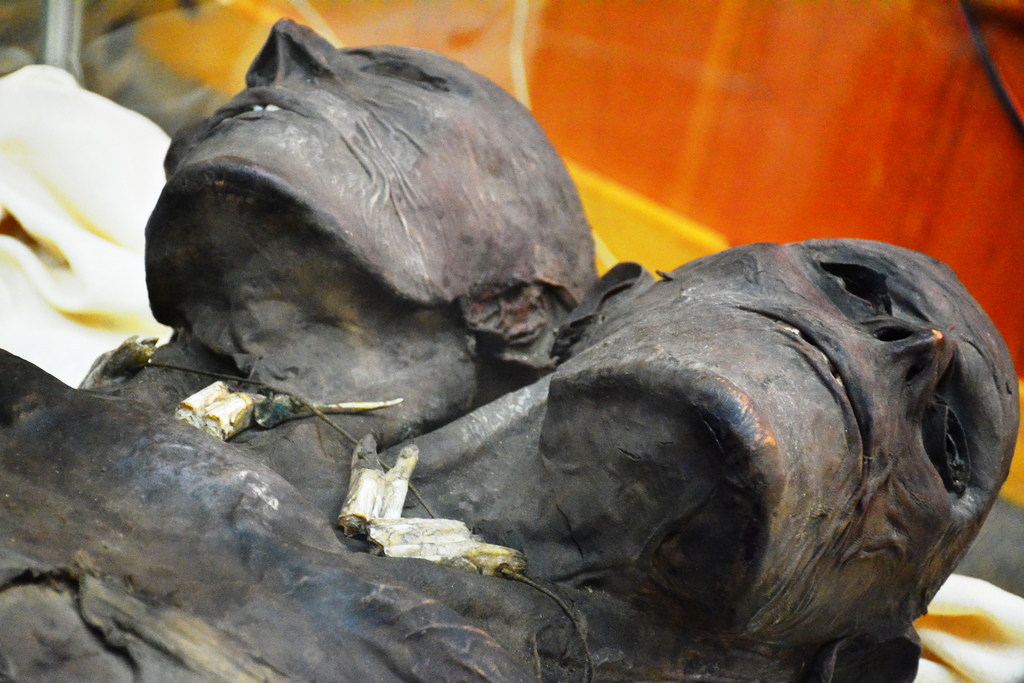 Kap-Dwa may have been real, and our planet is anything but uncommon when it comes to people with extraordinary height.

The issue with the ‘two heads’ can also be explained as ‘conjoined twins’ are not that uncommon.

It is up to you to conclude whether or not, something like this is possible, and whether or not the existence of Kap-Dwa proves that in the distant past, giants did exist on Earth, and there are still many things that remain unexplained on Earth.

The most disturbing thing about this having two examples by the same name is that each do not get the full merit of credibility that they deserve. The two-headed giant in Baltimore is in fact NOT Kap-Dwa. The name Kap Dwa is “Captain Two” in English. Captain-Two in the Paraguay language, a language known as Guarani is “Mokoi”, . . . As for GAWM: we will call the two-headed giant in Baltimore Maryland “Mokoi”. We would be looking to purchase this item for the Greater Ancestors World Museum from Robert and his wife assuming that they would give us a fair price. We make no claim one way or another of the authenticity of this giant, or whether it as human or Nephilim. We only suggest the possibility that the evidence exist and its inevitable that eventually we will find the real McCoy.