The Legend of Tomoka 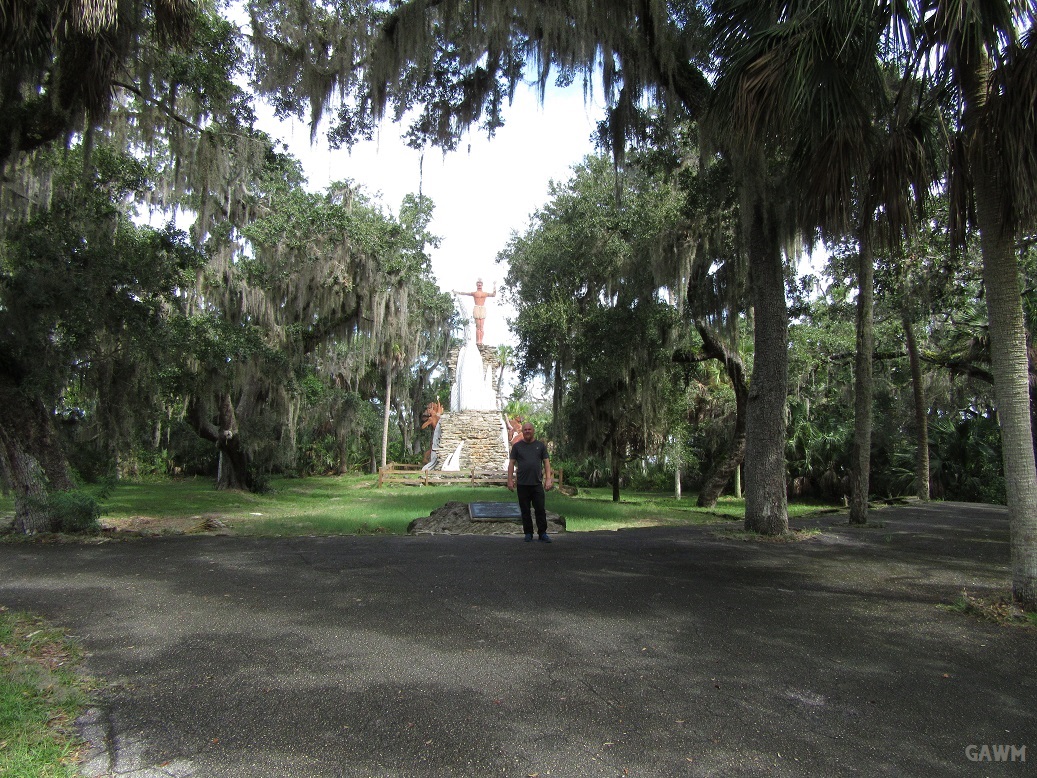 Tomoka State Park, near Ormond Beach, Florida, sits atop the former Indian village of Nocorocco. In  prehistoric times the tribe of Timucua Indians lived in this village. Their disappearance was due to disease and violence brought about by the arrival of Europeans.

But in the centuries since, visitors to the State Park, intrigued by the shell mounds and other remains of the once prospering fishing village, used their imaginations to explain the strange disappearance of these former people. 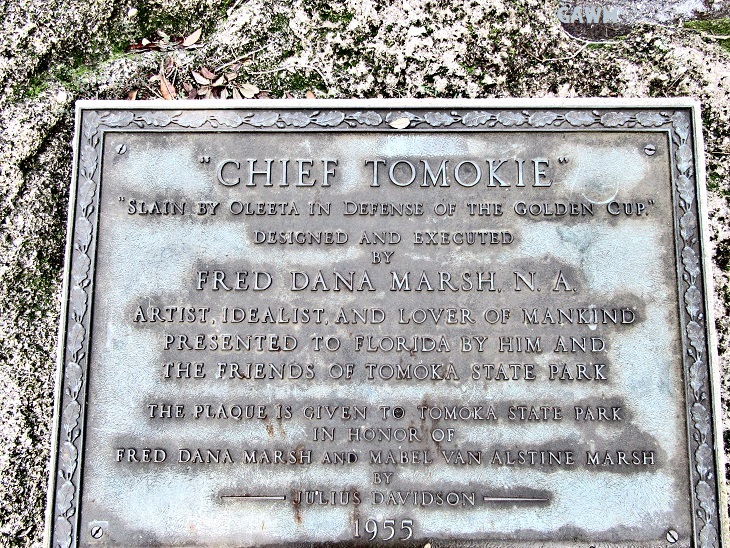 Park literature provides this legend, which is said to be over one hundred years old:

Rising from the point where the Halifax meets the Tomoka River in Ormond Beach; where fishermen using nets or poles catch a variety of fish; is Fred Dana Marsh’s 40-foot tall sculpture, Chief Tomokie.  Built in 1955 using cement, bamboo, and other materials, the monumental artwork represented the climatic moment of a legend.

According to Marie E. Boyd’s transcript of the ancient myth, the Timucua regarded a particular spring as sacred and the people were forbidden to drink from it. They believed that every evening the Great Spirit came to sip the cool water from this spring. 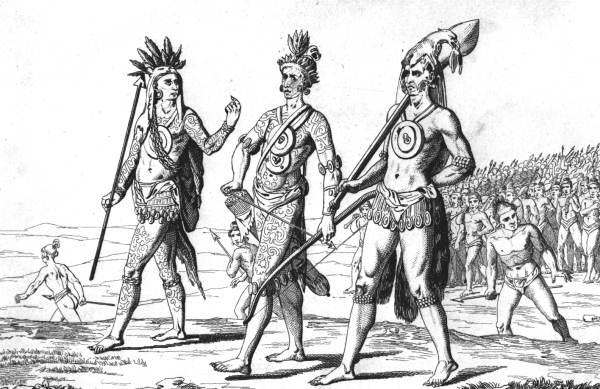 Tomokie, a chief of great stature, did not share in this belief so one day he drank from the spring, defiling it. The others were incensed and war broke out. The water, however, seemed to have made Tomokie invincible. During the battle, Tomokie appeared to be immune to the warriors’ weapons, though every arrow was pointed at him.

Suddenly, Oleeta, a beautiful warrior princess, sprang out, drew back her bow, and slew the giant. 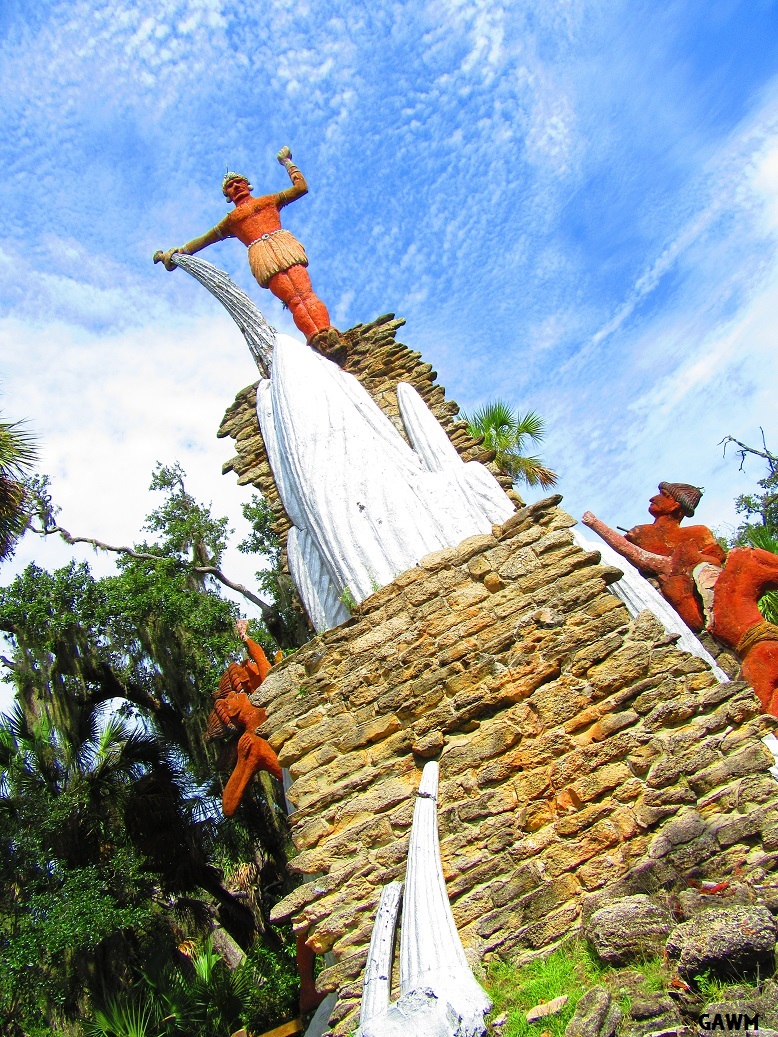 There are many people that speculate that Chief Tomokie never existed. That Tomokie is a stylized version of Timucuan. So its left to you to believe this or the park literature of a 100 year old legend. We know that Timucuon is not the real name of a tribe either. When asked who this tribe was another Indian Chief said “Timucuon” so the Spanish explorers referred to them as Timucuon which means “enemy”. Its no wonder the Spanish never got along with these Indians. So it may be unlikely that Tomokie is a stylization of the tribe of Timucuon because there never really was a Timucuon tribe. It may be that Cheif Tomokie was the surrounding Tribes enemy and that is where the word Timucuon comes from, synonymous with the word enemy. If the name is made up in recent times the chief of the Nocororo did truly exist. Was he a Giant? Absolutely! Timucuons were known to be around 7 feet and their chiefs were even taller. Spanish explorers were 5′ 10.5 on average during the 16th century and the Timucuons were a head and a half taller. The Tomoka State Park was interesting and i am sure it hasnt yet give up to me all of its secrets. I strongly suggest going there some day and visiting the giant stature of a great Indian chief.