The height of Goliath 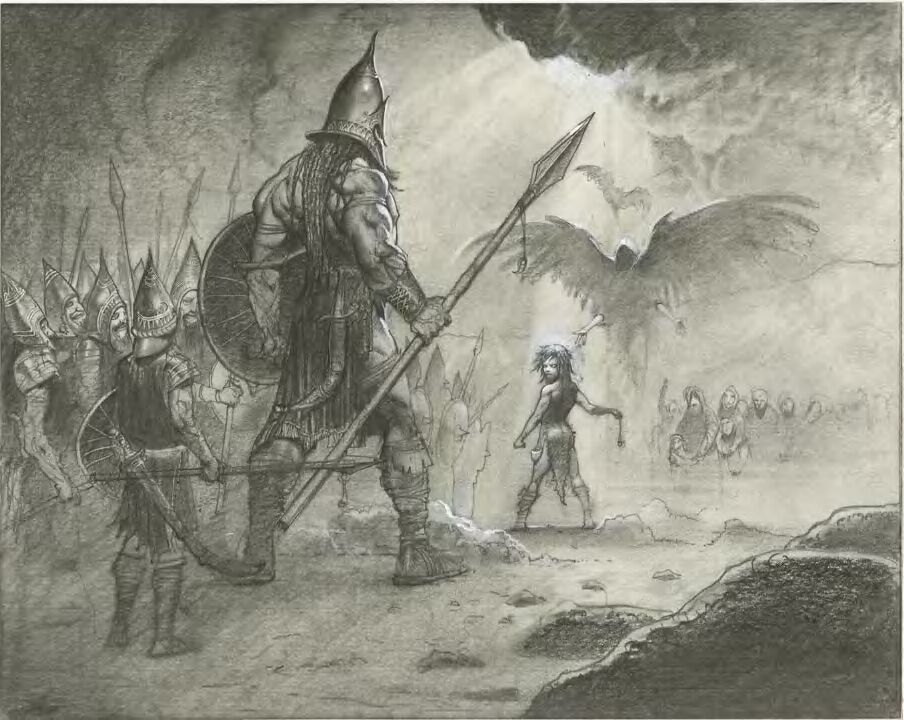 We have become a society that fear’s size, we are afraid to admit the fantastical we are a world of xenophobes, for history we deplete the record and make it fit comfortably, everything is questioned, from works, faith, Jesus’s birthday, and the height of Goliath.

History of the Cubit Rule

Cubit is the name for any one of many units of measure used by various
ancient peoples. The natural cubit is based on the distance between
finger tip to the elbow on an average person. It was employed  to measure  cords and textiles.
One of the earliest types of measurement concerned that of length.
These measurements were usually based on parts of the body. A well
documented example (the first) is the Egyptian cubit which was derived
from the length of the arm, from the elbow to the outstretched finger
tips.

There are many ancient cubits, ranging from a petite 17.5″ to  24″, excluding even more radical candidates.  In the key civilizations like Egypt and Babylon the cubit had two distinct sizes, a shorter “common” cubit around 18″ and a longer “royal” cubit of 20″ or so.

How big was Goliath?

So how tall was Goliath?  In the story of David slaying the giant Goliath (I Sam., Chapter 17), the giant’s height is described as

“six cubits and a span.”

People have calculated Goliath’s height at anywhere from 6 ft., 6 in., to 9 ft., 6 in. Others scholars say the numbers in the story are estimates – that all they mean is that Goliath was really big.

Many people may have wanted to trivialize the height of Goliath by using the 24″ cubitfor many reasons.

1. The may have and most like used the Longest cubit, remember David was a boy and not in charge.

2. The current leader may have chosen the 24″ cubit measurement to maintain a hold on his political career.

3. The body was disposed of so no one could check it, this would have made the enemies of the hebrews demoralized.

4. The ancient cubit (24″) may have been more prestigious, may have been used in measuring the enemies while the smaller cubit measured allies and soldiers.

The earliest cubit was indeed the longest at 24 inches, Goliath’s height is commonly accepted at “Nine Foot six inches high”.

If the Ancient cubit was used, which i believe would be more likely to measure one’s enemies, then also estimating an equal increase in the span.