The Greater Ibex, Superior organism proves the term “modern” to be more primitive. 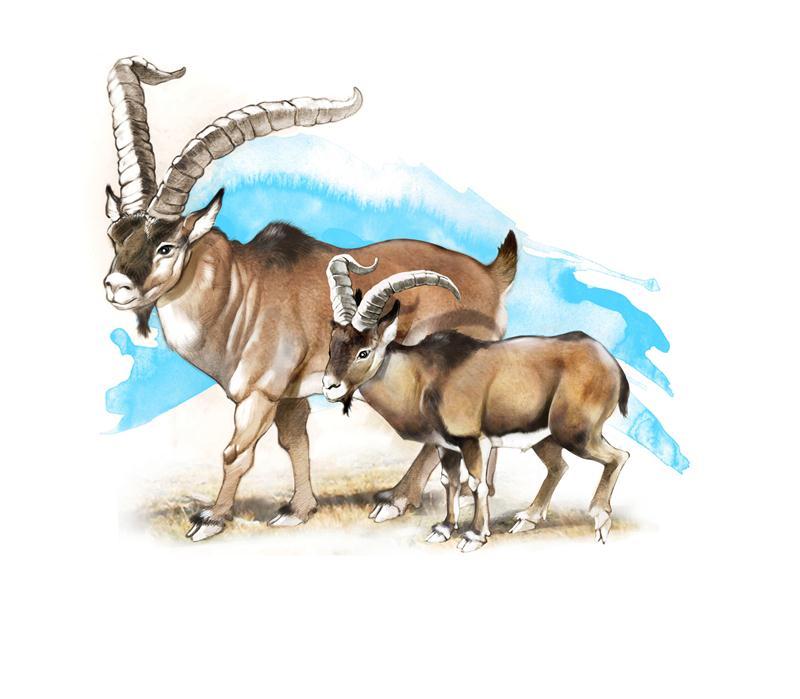 The greater Ibex compared to its weaker descendant

The subspecies of the Iberian mountain goat Capra pyrenaica pyrenaica became extinct in the year 2000 before its biological and phytogenetic characteristics could be explored in depth. A new study has shed light on their size, origin and post-Ice environmental conditions after discovering three skull fossils from between 4,000 and 7,000 years ago in the southwest of the Pyrenees.

In 1984 and 1994 during routine explorations the Speleological Group of Estella (Navarra) and Pedraforca (Barcelona) found the bone remains of two male and one female Ibex in the Karstic caves and wells that acted like traps in Larra (Navarra) and Millaris (Huesca). Both locations lie at 2,390 and 2,500 metres height, respectively. Up until now few fossils of this species (Capra pyrenaica pyrenaica) had been discovered in these areas.

Ricardo García-González, researcher at the Pyrenean Institute of Ecology (PIE-CSIC) has been put in charge of analysing the skulls and comparing their craniometric characteristics with both fossil and modern day neighbouring mountain goat populations.

Published in the ‘Comptes Rendus Palevol’ journal, the results suggest that

these wild goats were 50% bigger than modern Ibex

that lived in the Iberian Peninsula until it became extinct from the Pyrenees in the year 2000.

“The skulls of the males where extraordinarily big in comparison

Some of these ‘giants’, such as the Megaceros deer, had large “display organs”

which served to dissuade competitors and reduce the number of fights in an age when species were finding new opportunities and more food around the edges of glaciers.

García-González outlines that “the males with large horns were more successful in terms of reproduction as a result. The females invested their energy into the survival of their offspring and so had no need to have bigger display organs.”

Along with their size,

the high altitude at which the remains were found is unusual.

The explanation lies in the fact that some 7,000 years ago the ice had begun to melt in Millaris (Ordesa National Park in the Pyrenees) at an altitude of 2,500 metres, where the remains of the last Pyrenees glaciers are still present.

The researcher commented that “nutritious alpine pastures had already begun to develop up beyond the forest edges. The Ibex would take advantage of this in the summer with their seasonal migration, just like their. . .  (weaker descendants).”

. . .  the analysis of this wild Pyrenees goat’s fossil skull falls in line with the molecular genetics studies and suggests an even greater similarity with the Alpine Ibex (Capra ibex).

GAWM: The giant Ibex has been one of the missing fossil evidences for devolution. No longer is this the case. At one time I had a small list of animals that were not found, like the platypus, the rabbit, some snake species, and the Ibex. All of these animals have been found, showing every species is an example for devolution.

When i first started this quest to find all the world’s giants for every species, i expected to find 8-12 species. Now with over 300 cataloged from whales to single celled organisms, each day the devolution process shows itself to be the only form of change, greater ancestry the only history, and this research the greater-science.