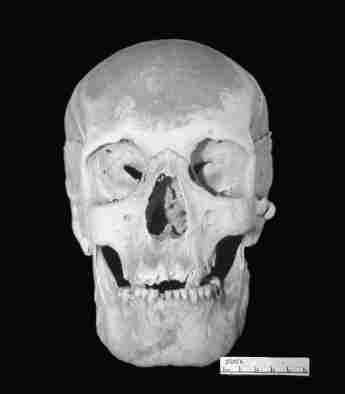 Male skeleton in the Western Cemetery at Giza, Egypt dating from the Fifth Dynasty (2494-2345 BC).  The remains show tall stature and normal proportions; . . . Allometric calculations minimum 192.4cm (approximately 6’4″), compared to an average of 168-169cm (approximately 5’6″) for his contemporary males; it falls above the three standard deviation range for being a giant (Mulhern, 2005). (These calculations are grossly minimized the height definitely exceeds these calculations) 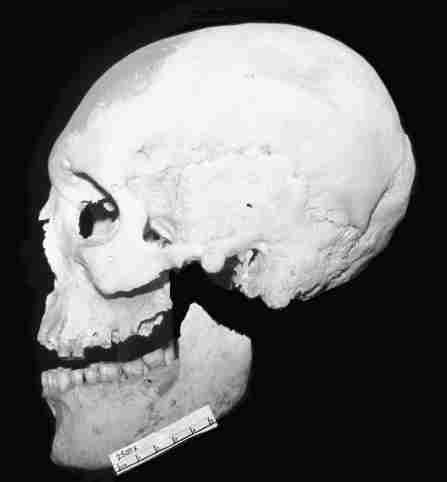 It is believed by the jaw size and other features of pure maturity that this skull is said to be a case of gigantism. This is not the case everything about this skull is oversized. This skull is hidden away by academia as a human it is considered to be a case of giagantism, if it was an animal it would be easier, academia would just label it an extinct side-branch. Obviously the body is “missing” that would be the confirmation for this giant. As i have stated before microcephally is the rule, meaning” The body is exponentially larger in size compared to the head, the proportions of the body are not smaller or even equal, the body through maturity always outgrows the head.