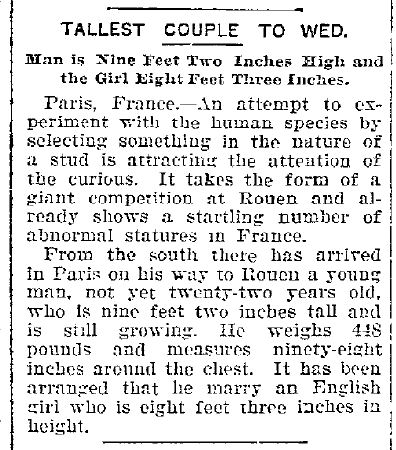 Paris, France. -An attempt to experiment with the human species by selecting something in the nature of a stud is attracting the attention of the curious. It takes the form of a giant competition at Rouen and already shows a startling number of abnormal statures in France. From the south there has arrived in Parison his way to Rouen a young man, not yet twenty-two years old, who is nine feet two inches tall and is still growing. He weighs 448 pounds and measures ninety-eight inches around the chest. It has been arranged that he marry an English girl who is eight foot three inches in height. 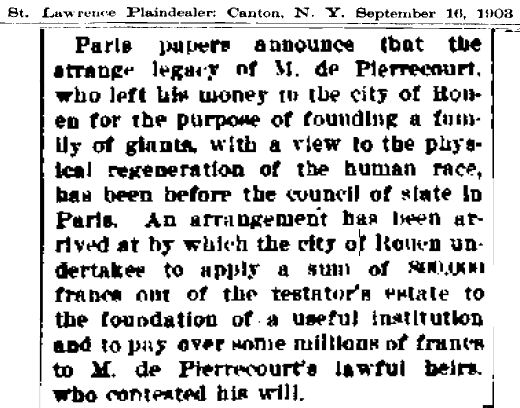 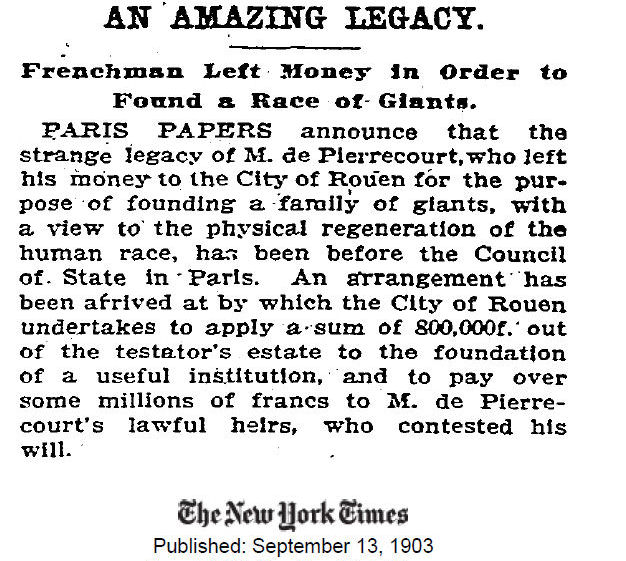 Count de Pierrecourt again, who wanted to create a race of giants.