to any observer, on Giant Jawbone

One person that can tell, and show us, how large the skulls are is Stan Nielsen, he went to find the cave and the skull in the museum: 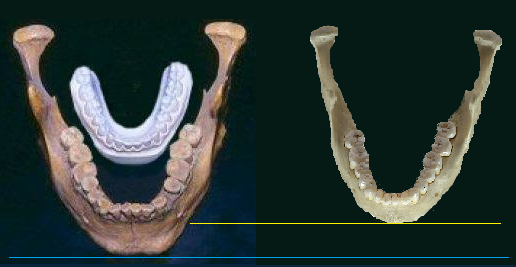 It has been falsely claimed by over excited skeptics that, the total size of the cast is smaller because the full jawbone is not present. So lets take a look at a complete jawbone of the same size as the cast, and compare it with the giant jawbone from Nevada. As you can see the Nevada Giant Jawbone dwarfs the full jawbone of an adult male easily. So this claim has been weighed and found wanting, but its not something that we already didn’t know. 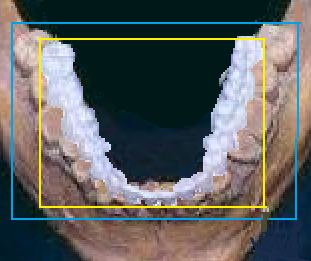 It is also claimed that the teeth singular and the mandible palette is not that different in size. This is completely false. The giant teeth when super-imposed over the the corresponding tooth or place the exposed tooth in the same socket, really puts the skeptics to shame. It s best to address the types of claims an 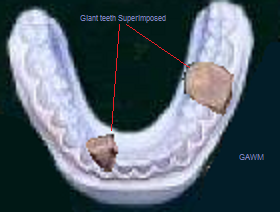 recognize the lengths that people will go to deceptively. With many of the skeptics of giants, the address the weakest of claims, this is called cherry-picking, (fallacy) even then we see that interpretation is distanced from the average observer. This skeptics making such twisted claims is the result of confirmation bias. (fallacy) These two fallacies are similar.

Skeptics claim that the image is some kind of “optical illusion”, “normal humans”, the mandible is indeed the mandible of a giant. For the skeptics to dismiss the native legends is racist. To claim they are not giants even after seeing this giant skull by the skeptics and groupies, is pluralistic ignorance. (fallacy)

The naysayers and skeptics swing and miss, over and over and it seems they refuse to step away from the plate even after striking out. However a better analogy is more like a child, missing the pinyata and calling everyone names. we can easily see there’s no candy on the floor, you are facing the wrong direction, and you have been invited to take off your blinders. In the meantime, it does provide some gut-busting entertainment.

It is clear that these skeptics are avid Darwinist, and pantheistic by religion. Giant skeletons, skulls, mandibles etc. are not so easily propagandized. Making claims against the obvious reeks of desperation, but i do think that the comparisons here puts the skeptical campaigning on this one to a close.

Winner by a knockout!

This evidence corresponds with other giant evidence in the area.