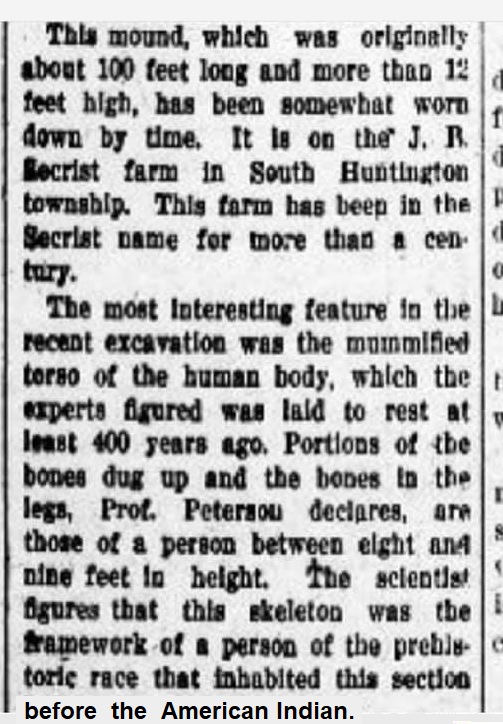 This mound, which was originally  about 100 feet long and more than 12 feet high, has been somewhat worn down by time. It is on the J.R. Secrist farm in South Huntington township. This farm has been in the Secrist name for more than a century.

The most interesting feature in the recent excavation  was the mummified torso of a human body, which the experts figured was laid to rest at least 400 years ago. Portions of the bones dug up and the bones in the legs, Prof. Peterson declares, are those of a person between eight and nine feet in height. The scientist figures that this skeleton  was the framework of a person of the prehistoric race that inhabited this section before the American Indians.