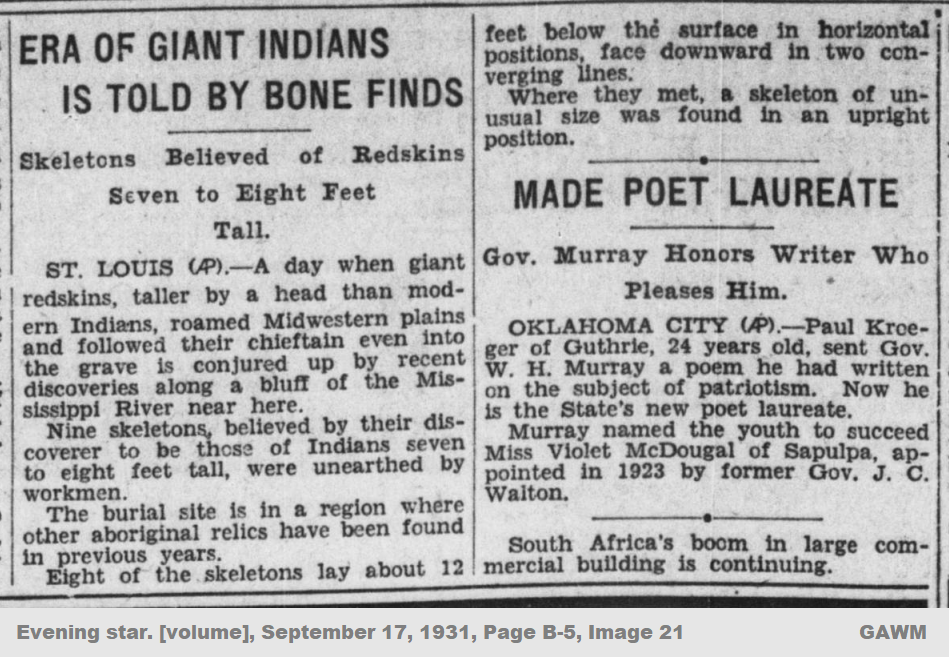 ERA OF GIANT INDIANS IS TOLD BY BONE FINDS

ST LOUIS (ap). – A day when giant redskins, taller by a head than modern Indians, roamed Midwester plains and followed their cheiftain even into the grave is conloured up by recent discoveries along a bluff of the Misissippi River near here.
Nine skeletons believed by their discoverer to be those of Indians seven to eight feet tall, were unearthed by workmen.
The burial site is in a region where other aboriginal relics have been found in previous years. Eight of the skeletons lay about 12 feet below the horizontal positions, face downward in the converging lines. Where they met a skeleton of unusual size was found in an upright position.