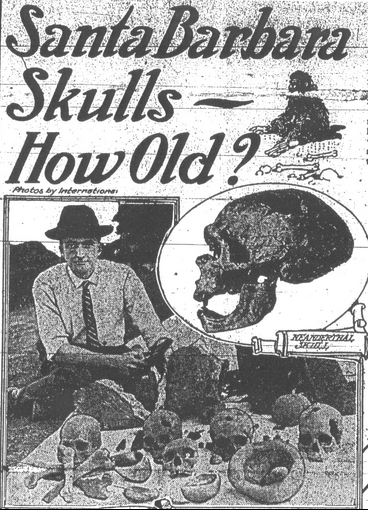 A skull named the “Santa Barbara Man” was uncovered and is neanderthal.

The skull is of a healthy greater age according to J.P. Harrington from the Smithsonian, in a less informed comment the newly employed Harrington referred to the Neanderthal skull as gorilla-like. santa barbara 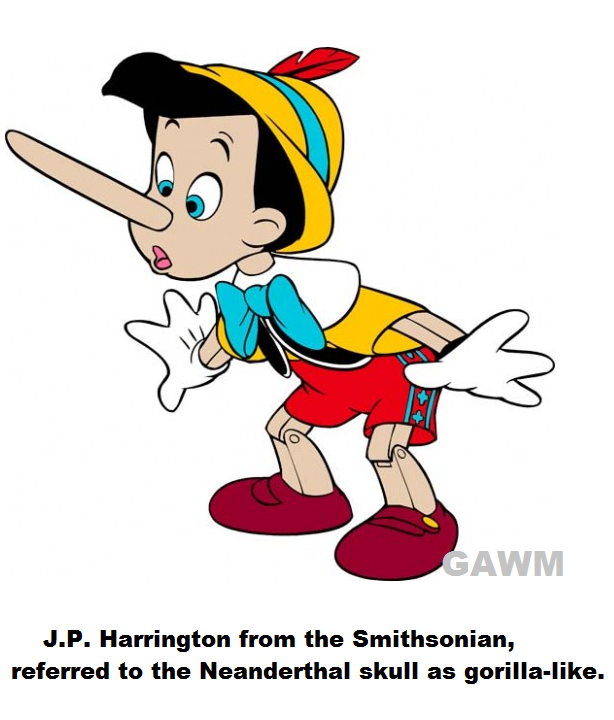 He does exclaim that he lived previous to the European Neanderthal and possessed a greater culture.
Pestels, fish hooks and other relics were found in association with the skull.

The owner of the skull possessed a mouth larger than any today. The jaws measured 7 inches from tmj to tmj.
A large suborbital ridge and sloping forehead existed in both skulls. The average thickness of todays skulls is about 3/4ths thickness. The thickness of these skulls were twice as thick of those of modern Indians. santa barbara
~Chris L Lesley
Decatur Weekly Republican, April, 9, 1923
New Link in Man History Is Found on West Coast
Santa Barbara Mound Yield Remains of People Older Than Neanderthal
http://thenephilimchronicles.blogspot.com/2011/08/neanderthal-looking-skulls-found-in.html