Skeleton of a giant, Romney

Skeleton of a giant, Romney

INTERESTING DISCOVERIES BY A REPRESENTATIVE OF THE SMITHSONIAN. 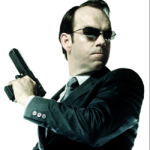 rrespondent of the Baltimore Suns says: There has been a great deal of excitement here for several

days over the discovery of Indian relics and remains by Mr. Warre

n K. Moorehead, of the Smithsonian Institution. He was sent here on the strength o

f a of a letter in the Sun stating that the recent floods in the south branch of the Potomac had unearthed a great many skeletons. On Wedn

esday Mr. Moorehed made a tour of inspection up the river, and as the signs seemed very favorable, he procured a number of men the next day and dug several holes on Pancakes island, about ten miles above this place. The result of the digging was the finding of several skeletons, pipes, bone beads, panther teeth worked up in the shape of ornaments, pottery and copper plates, beside the skeleton of an immense buffalo, buried in a bed of ashes about six feet deep.

Friday the party went down to the Hanging Rocks, about four miles below here, where, according to Kerchival’s history of the valley, a furious battle was fought between the Delawares.” Here they dug along the river bank on Mr. Herriott’s farm. Eleven skeletons were found inside a space of twenty feet.