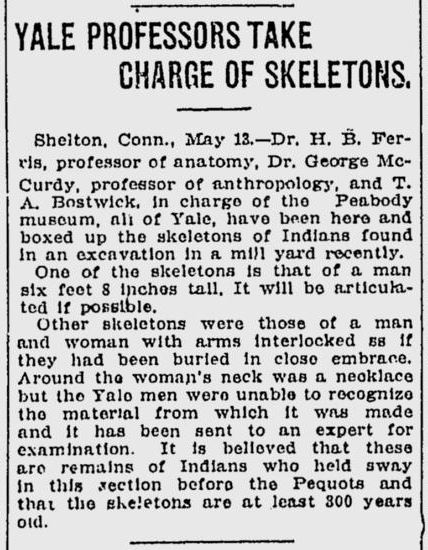 Shelton, Conn., May 13-Dr. H. B. Ferris, professor of anthropology, and T. A. Bostwick, in charge of the Peabody museum, all of Yale, have been here and boxed up the skeletons of Indians found in an excavation in a mill yard recently.

One of the skeletons is that of a man 6 feet 8 inches tall. It will be articulated if possible.

Other skeletons were of those of a man and woman with arms interlocked as if they had been buried in close embrace. Around the woman’s neck was a necklace but the Yale men were unable to recognize the material from which it was made and it has been sent to an expert for examination. It is believed that these are the remains of Indians who held sway in this section before the Pequots and that the skeletons are at least 300 years old. 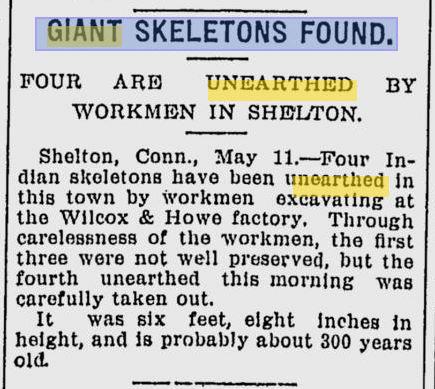 Skeletons over time can lose up to 3 inches in total length which puts this skeleton an inch shy at 6 foot 11 inches.