A Mechanical Device embedded in Stone 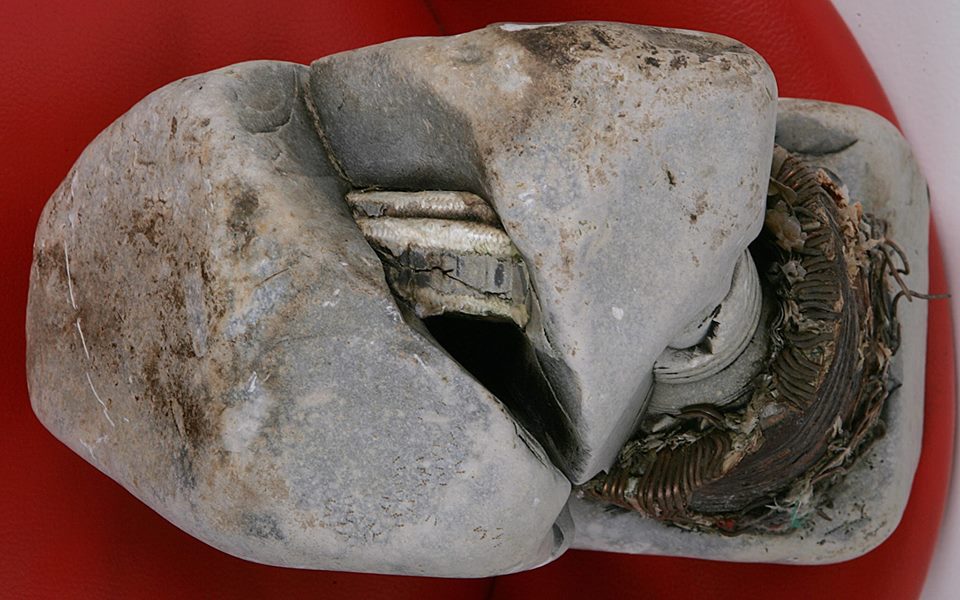 On the territory of Kosovo in the area of ​​the Shar-Planina mountain ridge (Pechora Gora), a photographer and researcher Ismet Smiley, discovered a mysterious artifact that does not fit into the official history of human civilization. 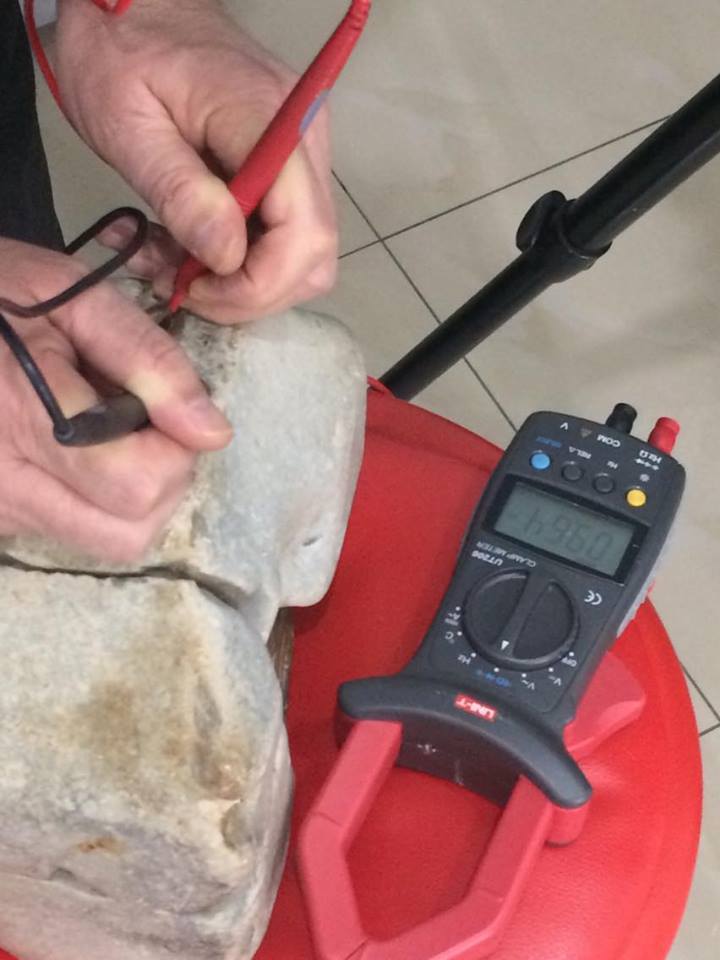 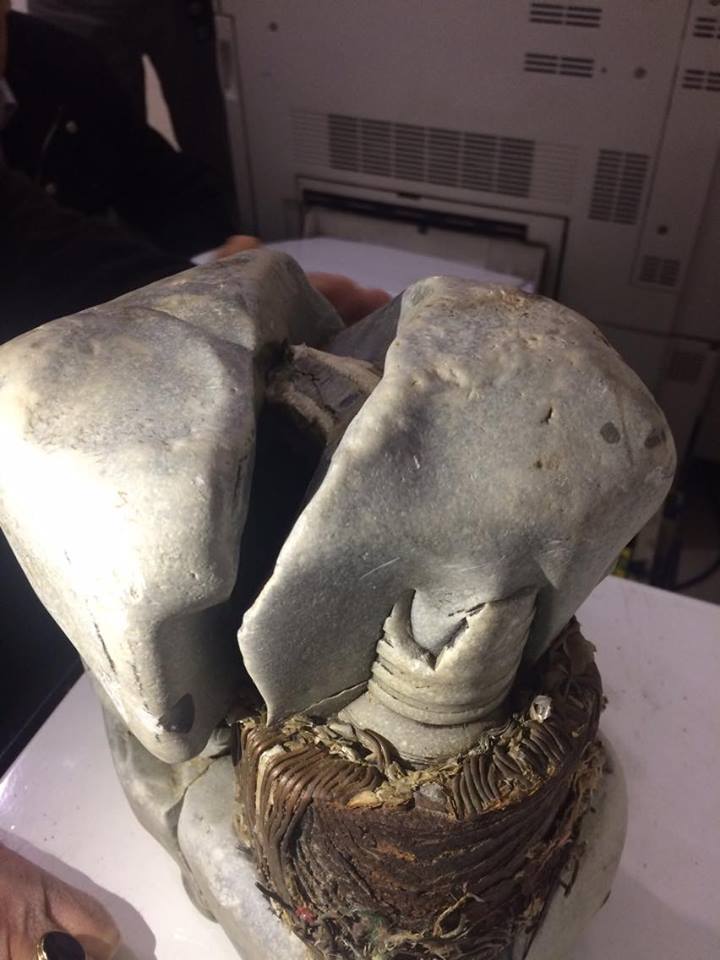 It-is a stone of unusual shape in which an electromagnetic coil is built. And the coil of copper wires is not simply inserted into the cut groove, but it makes up a whole with the stone, as if the stone was melted, and then gave it the necessary shape to create a transformer. 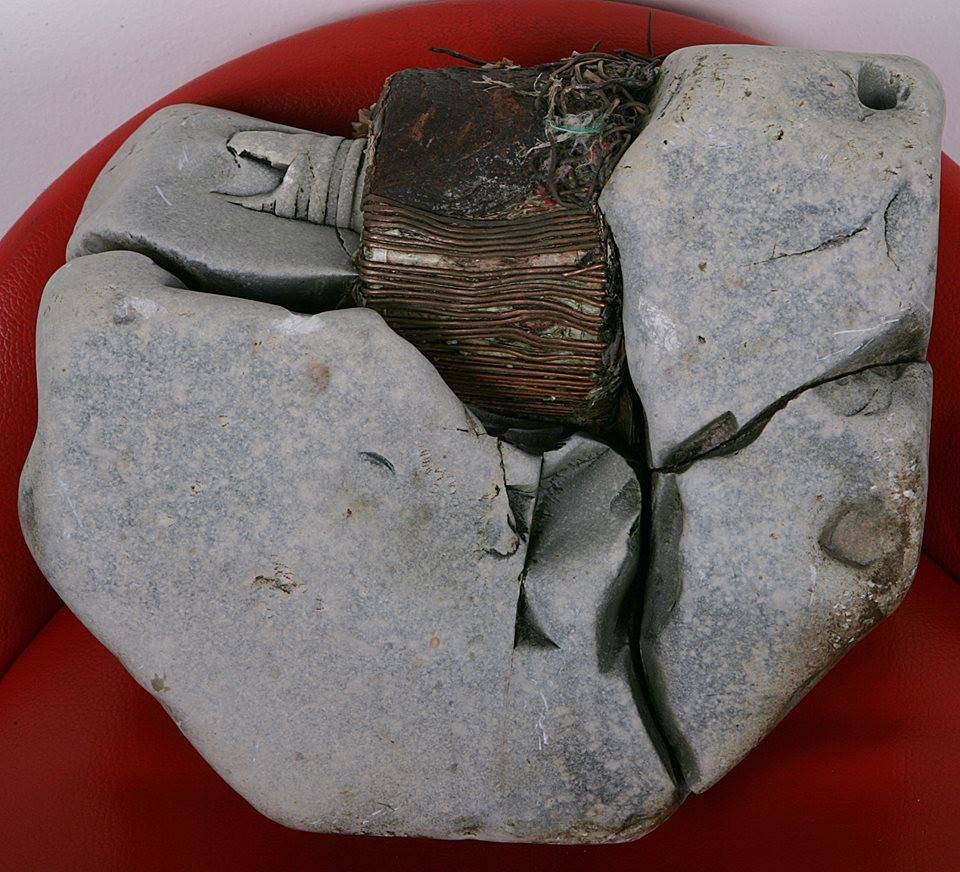 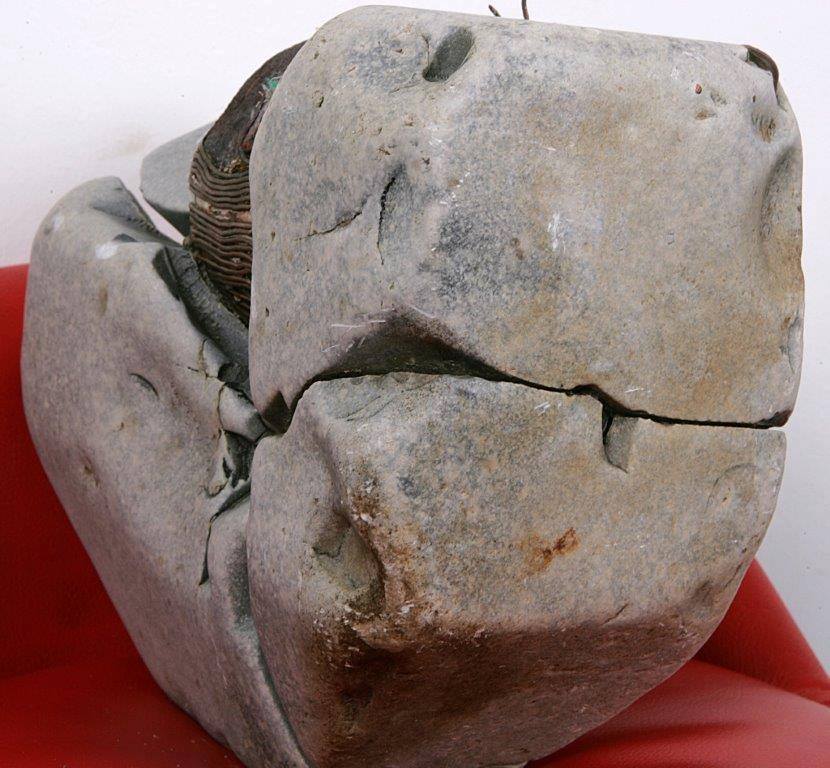 Ismet gave a sample of the stone for naliz and it was found that this stone is not less than 20,000 years old. In addition to the stone, the coil with copper wires, the artifact contains an insulator whose composition differs from the surrounding material and having convex bands in a circle resembling a carving and it is also fused into a stone, like the coil itself, and on the other side of the stone, there are 4 Symmetrically located openings, which most likely represent holes for wires and collect energy received from the transformer (phase). 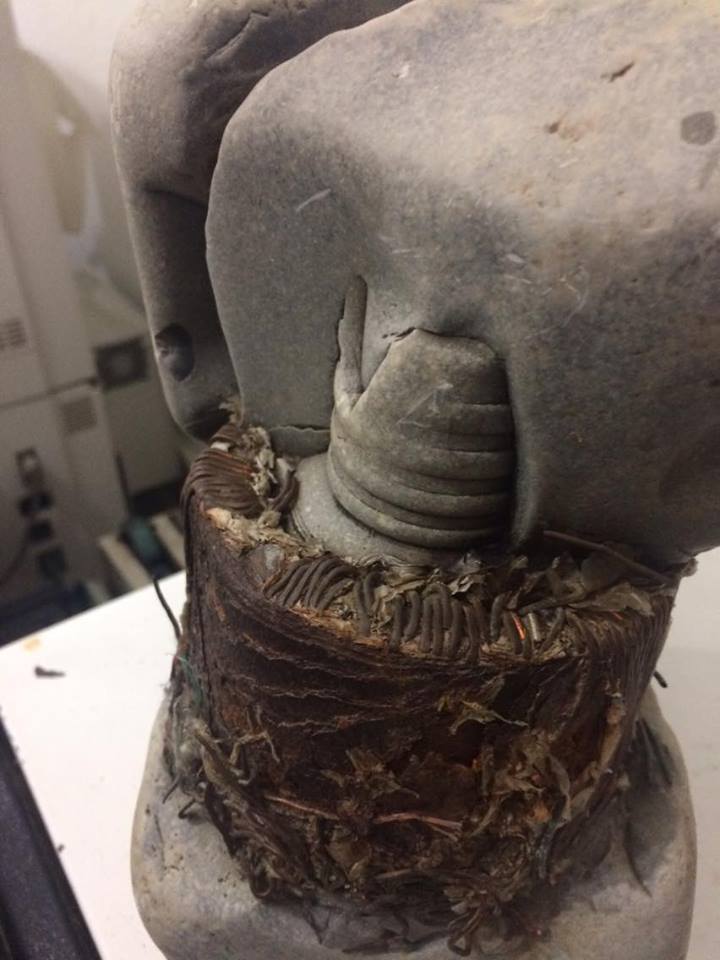 This mysterious artifact from the depth of centuries can shed light on the origins of human civilization, of course, if it is officially explored by scientists who will confirm the fact that it is an electrical transformer manufactured 20,000 years ago. Just do not really believe that scientists will want to tell the truth about the mysterious find and even more to tell about it to the whole world.

Ismet says that he plans to give this artifact to scientists and there is a high probability that we will never see this artifact again, nor will we read the results of these studies. Perhaps the person himself who made this sensational discovery suddenly suddenly falls ill or begins to cross the road to the red light …

Mount Shar-Planina is one of the largest mountain ranges located on the Balkan Peninsula. Its length is more than 200 kilometers, and this ridge in a certain sense unites Macedonia, Kosovo and Albania, as it passes all these territories at once.

The name of the mountain is translated from Albanian as “motley mountain”. The highest points of the Shar-Planina mountain range are peaks – Titov-Vrkh and Turchin, whose height exceeds 2700 meters. At the base of the ridge are crystalline schists, limestones and dolomites, as well as karst landscapes and caves.

The mysterious artifact of Sharr Mountains, Kosovo. The object was found by the photographer Ismet Smaili. Sami Ahmeti…

More and more technology from the past is being revealed. Each of these reveal the arrogance of modern society and the misguided belief in technical superiority. King Solomon said, ” There is no new thing under the Sun”. King Solomon is the smartest person that ever lived. How arrogant ist it to think that we in modern times know more than Solomon on any subject? We as a modern society do not accept that we are wrong, that we are primitive not our ancestors.