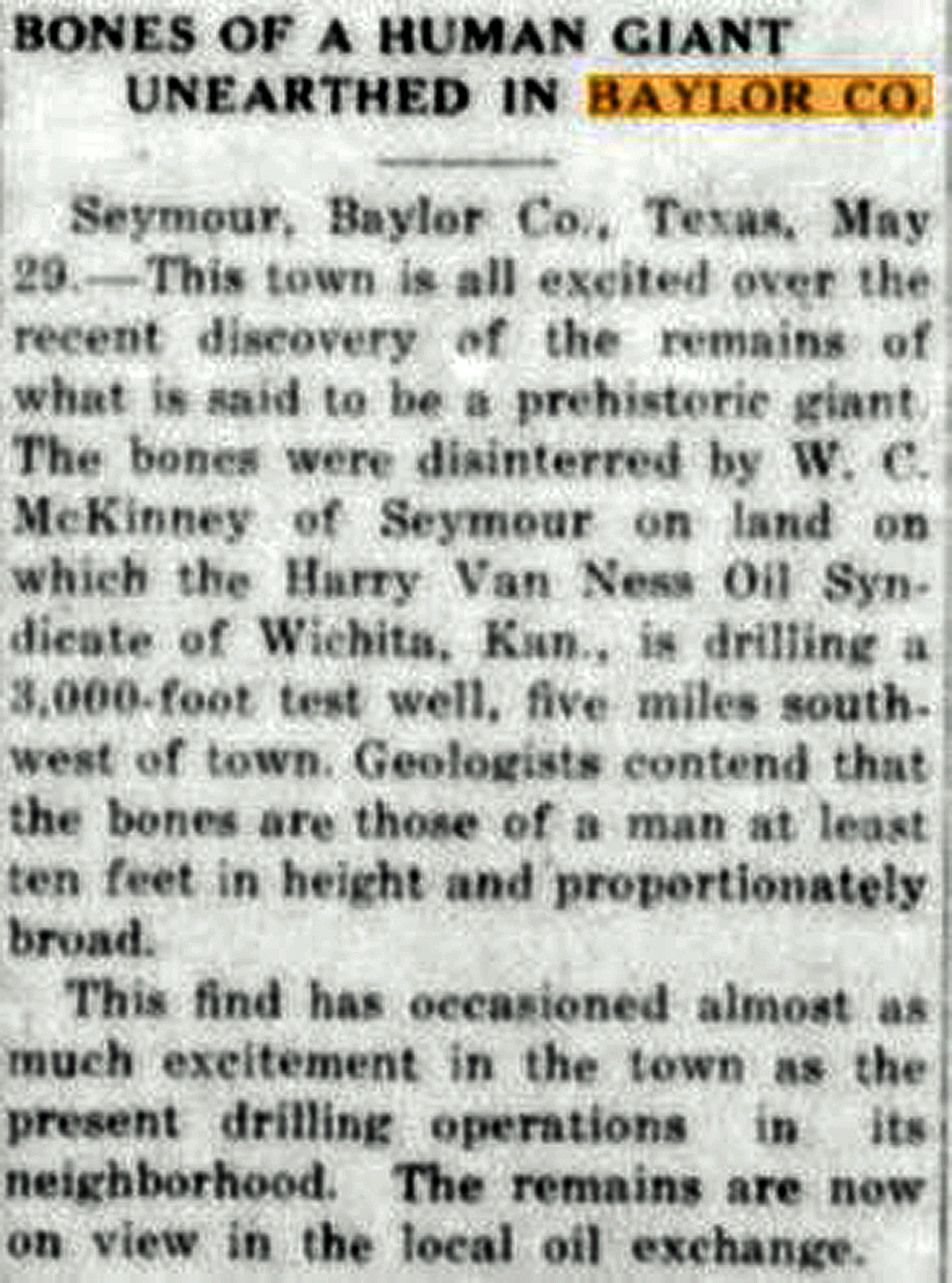 BONES OF A HUMAN GIANT UNEARTHED IN BAYLOR COUNTY

Seymour, Baylor Co., Texas, May 29. – This town is all excited over the recent discovery of the remains of what is said to be a prehistoric giant. The bones were disinterred by W. C. McKinney of Seymour on land on which the Harry Van Ness Oil Syndicate of Wichita Kan., is drilling a 3,000 foot test well, five miles south west of town. Geologists contend that the bones are those of a man at least ten feet in height and proportionally broad. This find has occadsioned almost as much excitement in the town as the present drilling operations in its neighborhood. The remains are now on view in the local oil exchange. Seymour Skeleton.

Currently, Academia is under the belief that Robert Wadlow is the tallest man that ever lived, and that mankind is getting taller. Both of these positions are incorrect. Currently there are two videos demonstrating that: