BOSTON, MASS., Dec. 20,-An Indian sepulchre has been unearthed on “Fish Marsh,” is Saugus. The tomb was about seven feet  below the surface, and it contained the skeleton of a man of enormous proportions which crumbled  to dust upon exposure to the air. the body was buried in a sitting posture, facing the east. Beside the skeleton were found a pipe, a tomohawk blade, an arrowhead, an axe, and a cylindrical shaped stone, 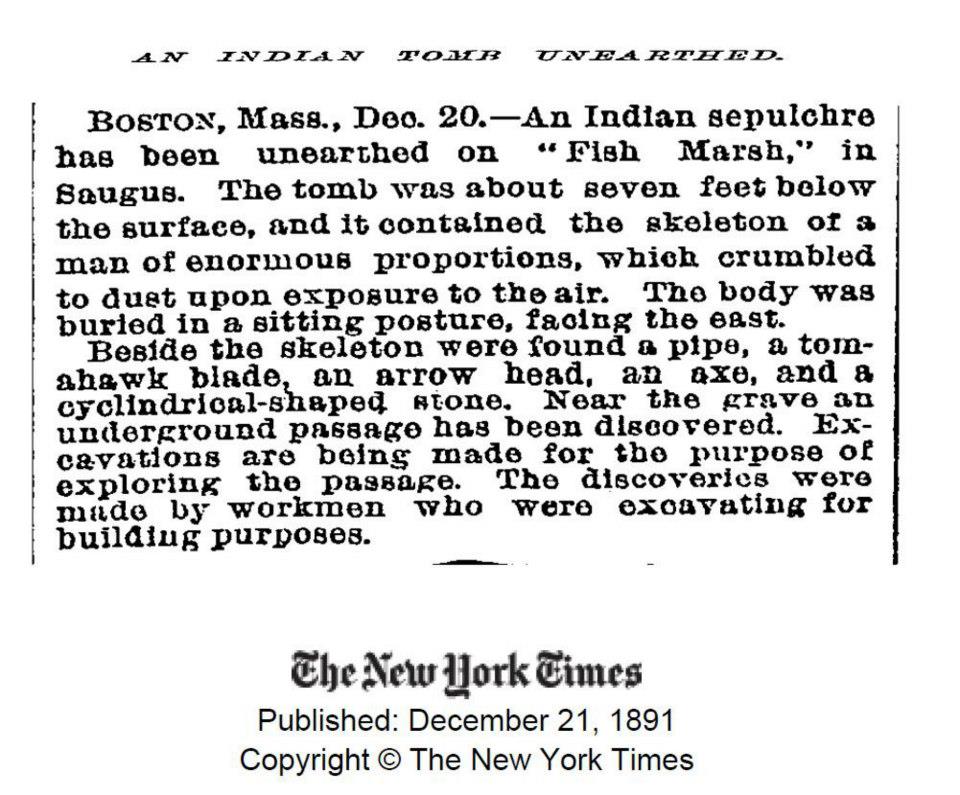 Near the grave an underground passage has been discovered. excavations are being made for the purpose of exploring the passage. The discoveries were made by workmen who were excavating for building purposes.