This is the testmony of of Luigi Muscas on his property near Cagliari, Sardinia on 11/11/2012 by Paola Harris.
“Luigi told me about the tombs and artifacts of giants (15 foot tall beings) who lived in Sardinia thousands of years ago. He told me that his father and his uncles, who also own land near his land, have dug up many bones and human artifacts. He also mentioned that traditional archeology does not accept this discovery and that his entire family has been threatened. He has been told over and over to keep this secret and NOT talk to the general public. His has written two books on the GIANTS, one called The Giants, Children of the Stars and The Giants and the Culture from the Stars, which has many photographs. He says
“The people who come to my house to heard about the star people, they want a certainty, the proof that this is not a fantasy but the truth. This Reality is hidden, buried until it was discovered and been sold, occulted, destroyed without respect for our Sardinian history. I am hoping we can keep this story safe until we can deal with it with extreme care because it also is the story of all humanity.”
To talk about the Giants stimulates much curiosity but also much skepticism. It is true that is difficult to even imagine another reality different from the one we know. But as of 1997, our Italian media has slowly started to speak about it in their broadcasts. In Sardinia, we began to see this reality in our broadcasts 2003. It is a fact that in all the world enormous bones have been discovered. In Mexico, Athens, Africa and other countries we see the photos.
Some of us in Sardinia believe that our constructions called Nuraghi are the very tombs of these “giants”. But this has not yet been recognized as official.”
http://manvsarchaeology.wordpress.com/2013/03/10/giant-remains-near-cagliari-sardinia/
http://paolaharris.com

The leading “Giant Researcher” Rephaim23 recalls other giant reports in Sardinia:
“Reuters reported that two intact skeletons of giants over 8 feet tall were found in 4,000 year old tombs at Porto Torres Sardinia, these were surrounded weapons and vases.”
http://news.google.com/newspapers?id=QC9kAAAAIBAJ&sjid=8HsNAAAAIBAJ&pg=5689%2C5510841&dq=giant+skeleton+sardinia&hl=en 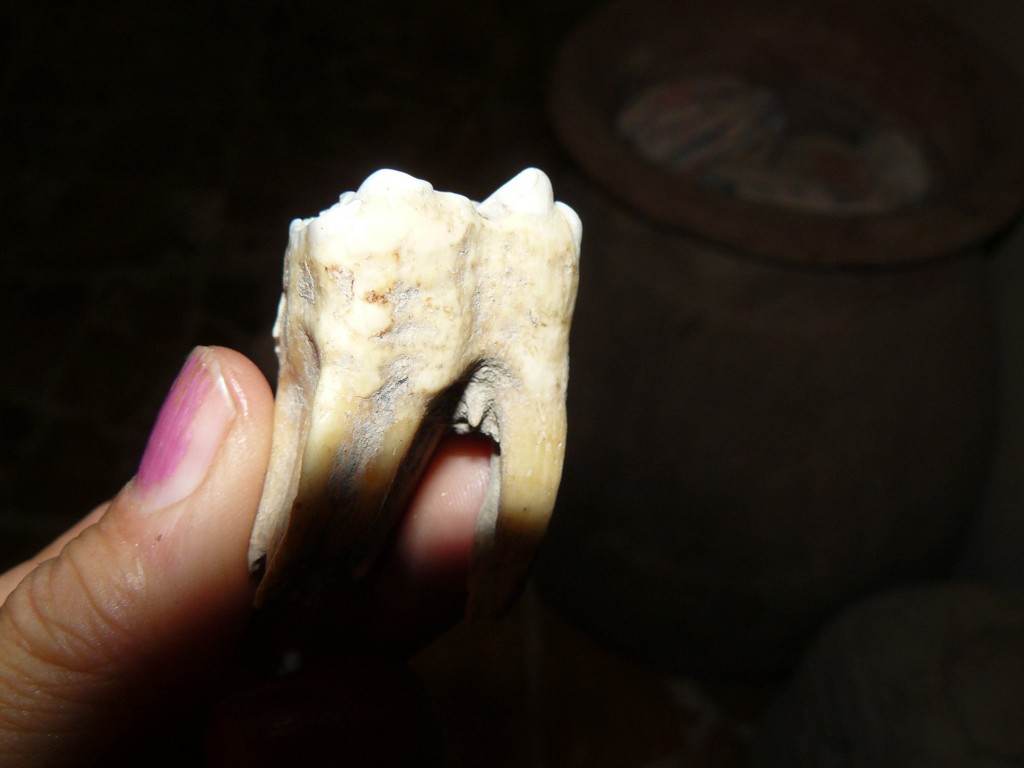 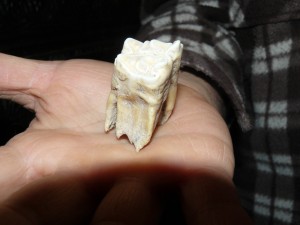 Although Joe Taylor, Rephaim 23, and myself entertained the idea that there are similarities  of these teeth to Horse, Rhino, Bison and the Giant Auroch Cattle,

The interpretation of the teeth and Jaw is by someone (Luigi Muscas who is not a professional in the field of Paleontology or anthropology, and i dont mean strictly government credits. I leave this open for you to decide, given everything it warrants a in depth look. 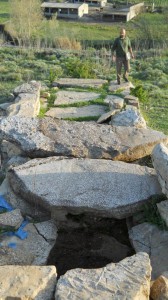 I will keep you informed as more information about Sardinia giants is released in the future.

Thanks goes out to Aaron Judkins for bringing this to my attention.