SKELETON OF GIANT INDIAN IS FOUND 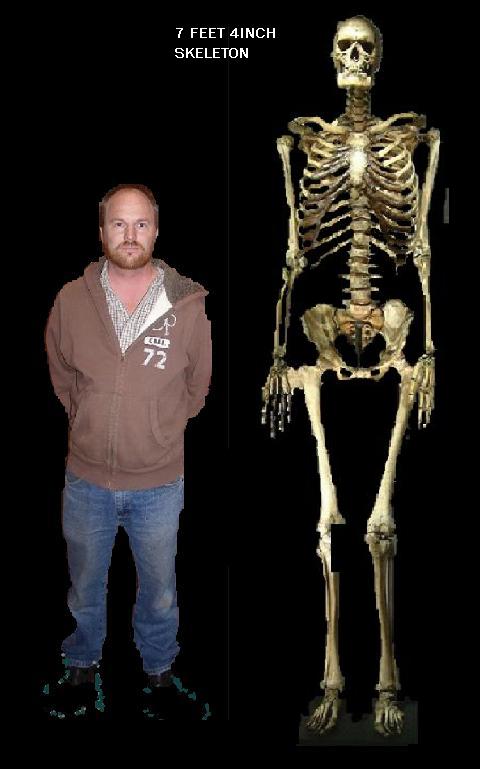 A Skeleton measuring 7 feet 4 inches was excavated, the remnant of a greater ancestor. These giants are recorded to be island-dwellers, islands provide safety and are an automatic stronghold from ground attack.  This culture inhabited the coastal waterways of California. This would indicate a likely diet of fish and shellfish. Skeleton Woodland

The remains of this giant race is credited to William Altman, assistant curator of the Golden Gate Park Museum. A large number of mortar and pestles a technology that believe it or not, is still widely used and has practical uses into the future. There were many Indian arrowheads which might indicate that these were warriors or the possibility of bow-fishing as a means of provision in the Santa Barbara Channel. Along with the skeletons were found many charm-stones and other type of relics.