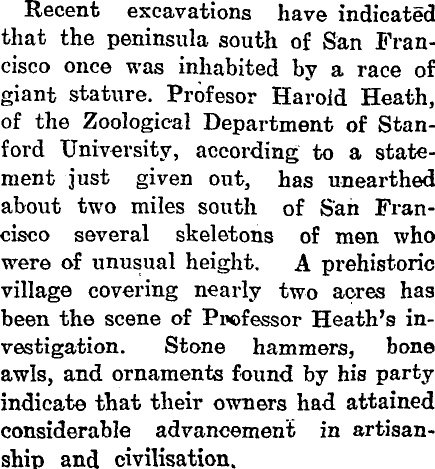 Recent excavations have indicated that the penninsula south of San Fransisco once was inhabited by a race of giant stature. Professor Harold Heath, of the Zoological Department of Stanford University according to a statement given out, has unearthed about two miles south of San Fransisco several skeletons of men who were of unusual height. A prehistoric village covering nearly two acres has been the scene of Professor Heath’s investigation. Stone hammers, bone awls, and ornaments found by his party indicate that their owners had attained considerable advancement in artisanship and civilization. San Francisco