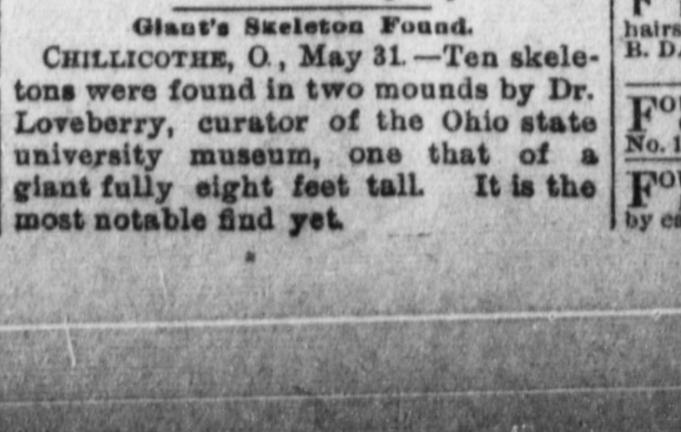 CHILLECOTHE, O., May 31. – Ten skeletons were found in two mounds by Dr. Loveberry, curator of the Ohio State University Museum, one that of a giant fully eight feet tall. It is the most notable find yet. 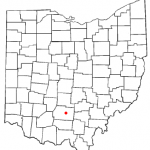 An eight footer is most notable, it is not rare to find three 8 footers back to back to back, three in a row on these pages here at Greater Ancestors. An eight footer comes a dime a dozen, but in modern times that is not the case. On our whole planet of 7 billion people there are only 3 people in the whole world that are eight feet tall. Another curious thing about this article is there is a mention of 10 skeletons, but none of the heights were given. Could it be that there are several other seven footers? This is not something subject to speculation, it would be nice if people in this area could do further research and then report back to us the findings. We will give you credit, just post in the comments your findings, and we will make you a honorary field agent for GAWMuseum.