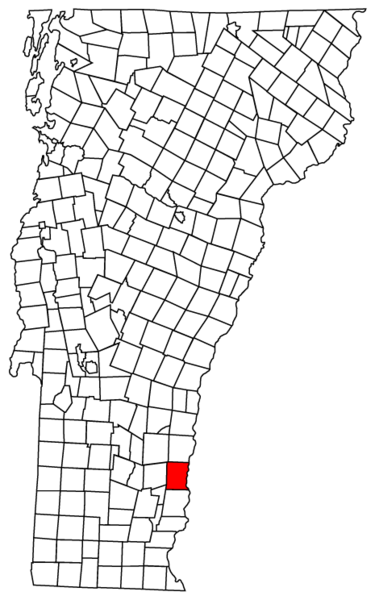 “When the earth was removed from the top of the

ledges east of the falls, a remarkable human skeleton,

unmistakably that of an Indian, was found. Those who saw

man could easily slip it over his face and the teeth, which

were all double, were perfect.”

It was supposed at the time and is still so held that this was the skeleton of the tall Indian Chief named Philip, whom John Kilburn saw fall before his rifle during his noted fight August 17, 1755, a mile and a half further down the river. This skeleton was kept for many years deposited in the attic of a small building on the north side of the Square. This building was occupied by Dr. John H. Wells’ office and drug store, and stood where the Italian fruit store now does, when the building was rebuilt a decade or more ago the bones dissapeared.

History of the Town of Rockingham, Vermont. 1907,

Rockingham is a town in Windham County, Vermont, United States, along the Connecticut River.