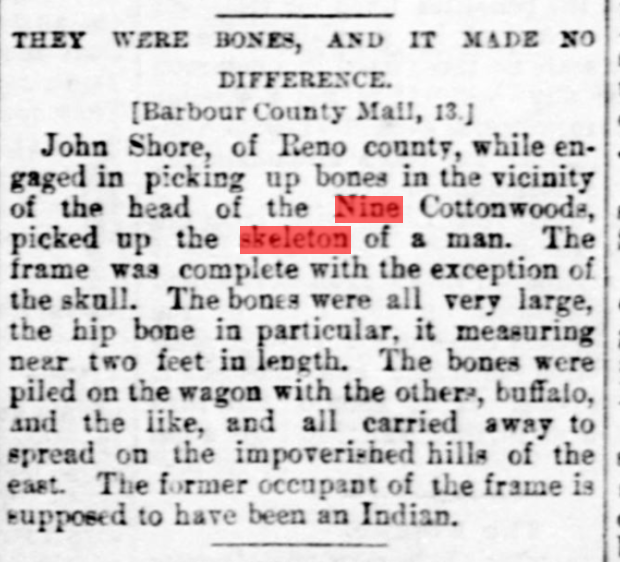 THEY WERE BONES, AND IT MADE NO DIFFERENCE.

John Shore, of Reno county, while engaged in picking up bones in the vicinity of the head of the nine Cottonwoods, picked up the skeleton of a man. The frame was complete with the exception of the skull. The bones were all very large, the hip bone in particular., it measuring near two feet in length. The bones were piled on the wagon with the other, buffalo, and the like, and all carried away to spread on the impoverished hills of the east. The former occupant of the frame is supposed to have been an Indian.

Well a giant human skeleton, and it was intermixed with animal bones. Was this racially motivated, lack of education not knowing what they had, were the times that tough? I question the dissapearance my guess is that money was so tight an artifact like this could have been sold to anyone that had money, and they would have bought it. I would like to have more description and I am sure it more likely ended up in the wrong hands and not just discarded.