The Piute Indians have a tradition that extends back, they know not how far into the “long ago,” of an Indian of giant stature, who gave them trouble from the North, He took up his abode near Pyramid Lake, and made war on the Piutes, killing many of the men. The giant was finally slain by Piute David, who crept up behind him and drove a poison arrow into his back, between the shoulder blades, says the Virginia (Nev.) Chronicle. Two or three of the giants tracks are near the Truckee River between Wadsworth and Pyramid Lake. They are in soft sandstone, and are syll kept clear of sand and soil. 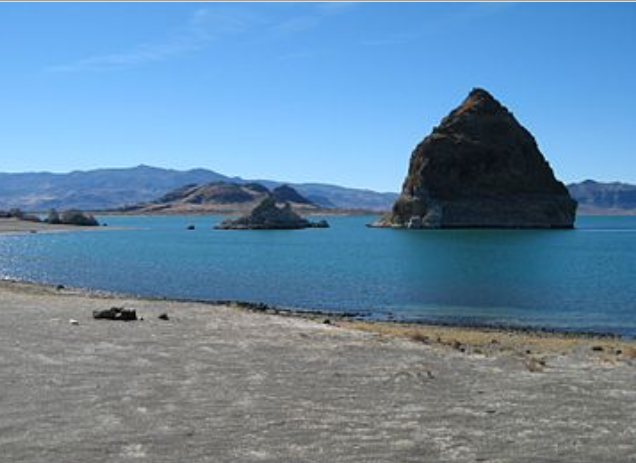 Every Indian that passes the spot stoops and sweeps out any dirt that may have lodged in the big tracks. The giant’s grave is not far from where the tracks are seen. The giant’s grave is always kept clear of vegetation: any grass or weed seen growing upon it are pulled up by the roots. In this way the spot has always kept naked. The Indians also have a tradition of huge animals that roaded the country. They say these animals had horns, with which they were able to uproot trees. To rid themselves of these . . .

This is one that i am interested in, Its one that needs a followup. This account is widely unknown and it is most likely to still exist. Giant Hunters, this one gets gold star and the go ahead to do a little CSI. I am curious to see if there is any other articles, if there are any remnants of footprints, if the graves are still present, and if the native Americans still take care of it. I am looking forward to a followup on this one.