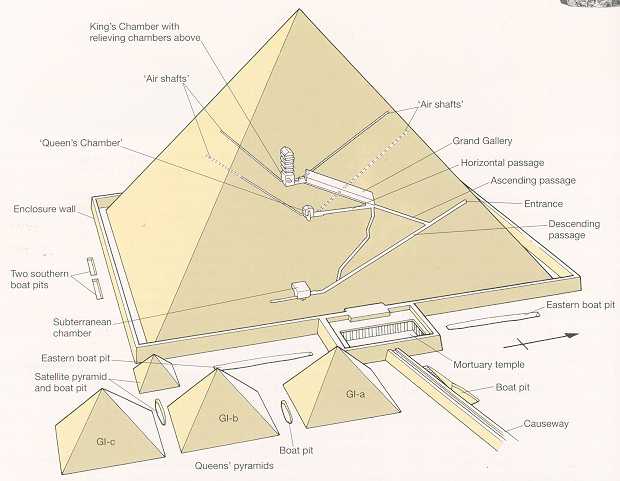 Now certain experiences came together to formulate a theory pertaining to the pyramids.

I am not saying that this is an exhaustive or completed theory, but it is the foundation for a viable pyramid theory..

As a side note: I was living in Mayport Florida and had a room-mate, an older gentlemen who was the father of a couple of friends that I met through Artistree gallery. (Mat and Shayna).

So my roommate Marty, now he is some character , a really nice guy, and a man with amazing willpower. He is kind-of an old hippie and he dropped a book on earth-ovens for me to read. Many of the ovens are pyramid shaped.

It had details to their construction and each one, without exclusion had an intake and exhaust tube of some kind. The simularites to the small pyramids made me think, these pyramids are the only solid structures on earth, and these earth ovens are the only thing that are even remotely similar. I just thought I would throw this in before I get to my theories.

For the most part, I have tried to stay away from the making any assumptions, and have steered clear of the pyramids. The pyramids have been used by the founder of the Jehovah’s Witness, (John Russel) to prophecy when the return of the Messiah would come.

John Russel divided the height by the width of the pyramids doorway and came up with a date. (1876) Well at the time John Russel was a member of the 2nd Adventist Church. 1876 came and no return of the Messiah, he claimed he had made a mathematical error, and it would be 1877. The church cast him out.

Not long after he came back and said he did come back but he was invisible. O.o

Half of the 2nd adventist church actually bought it, that became the Jehovah’s Witness, the one’s that didn’t buy it became the Seventh day Adventists.

I say this because this is shakey ground, and there has been a lot of Kook fringe attached themselves to this subject. The Pyramid is an open unanswered problem, that many people try the fast track to respect , social, or fame by coming up with an answer.

Again I have been reserved, I have had my reasons for believing that the pyramids were a concrete mix.

My family lives in Mountain-view, Arkansas and the mountain that they live on is solid limestone.

I go to explore caves, (a past-time of mine) in Arkansas. I have also made substantial discoveries in ichnite fossils from Texas, In the State Park Ledge, and in Cloudland Canyon Tennessee. All of these places are limestone.

I also have dug lots of Fossils from the Peace River Area in Zolfo Springs Florida and frequently visited the Shark Festival in Venice Florida.

So as an Amateur Paleontologist I have an understanding of Limestone.

My brother sitting on a mountain of Limestone says to me that limestone doesn’t bond well like Concrete, and it crumbles easily if man made.

He says gypsum is the same way, (raw material for drywall) .

He tells me gypsum comes from the Phosphate mines and that drywall is slightly radioactive.

So my brother and Dad have been important to this particular concept.

For years I worked with Paul Montgomery Studios, where I did hand crafted wallpaper. So I have worked with bonding agents in paint mixes like (Poly-Vinyl-Acetate).

At least the upper part of the pyramid is made from plaster-like-mix of Limestone as seen and discovered by people who worked in concrete.

I have an interest in archaeology and there is a story about my Visual Anthropolgy teacher, Dr. Bloomer that I wont get into at the moment.

But this has led me to research Human and Greater Reptile co-activity. Like the Ica Stones and the Acambaro Figurines.

There are many Triceratop images and sculptures from cultures, so I thought that this creature if it lived with man could have been an awesome tool and explain how the pyramids in South America and maybe even Egypt may have been constructed. Basically use the Triceratops in the same way an elephant would be used to move loads.

When I saw a movie showing Mammoths I thought, there is my idea just short of the Triceratops.

Then I saw the size of the Sangua Mammoth, This is the animal that is most likely the greatest Bull for pulling that ever existed.

I still believe that both of these animal lineages lived with mankind, and that both were used by man to move megalithic stones

This is my theory, again just a little late in producing it to the public and maybe a little short on the Mammoth: Sangua..

The question of lifting the stones against gravity comes up, this it seems to be the most difficult feat that the advanced Egyptians were capable of solving.

Before I go through this I would like to tell you which side of the Giza Pyramid stones were taken up.

The Giza pyramid has 3 equal sides and two half-sides.

One side of the Giza pyramid has a dip which keep a load from shifting left to right.

This acts as a ramp, and probably had a friction casing of granite or dolomite to protect the limestone from wear and tear.

This canal also reduced on the amount of lubricant and surface area contact. Oil was most likely poured down the canal while the stone was moved up.

A diagnal movement on the canal reduces the vertical motion.

A swinging motion also is a way to increase vertical motion.

Once locked at the peak of the swing the pivot point makes it easier for whatever device albeit a crane of some sort.

I am not saying these are the way that the pyramid stones were moved but these are some of the advantages to using this side instead of the other sides.

The door with a link discovered recently that has been on the news. A small robot was sent into the tunnel and the stone had two metal pieces coming out the stone. An electric charge was sent through it, and it was determined that they connected on the other side forming a link. The robot drilled a hole into the stone door and went a little ways only to find another door.

Now “metal links or clasps” usually means a chain or cable hooks to it. That is what I believe its function was a square peg with a clasp to be pulled in and out with pressure.

In the bottom of the great pyramid there in the lowest chamber is an underground river. Possibly a good source for steam energy, water pressure, or maybe a coolant. The later is the most important because experiments with flammable or combustable materials need a coolant, and a ready abundance.

Of coarse the perfect fit of stone by making a concrete is possible but why.

Was the airtight fit of the stones a necessity, was it for a purpose?

The inside stones are rough cut, and not hermatically sealed like the outside stones.

Yes, hermatically sealed was achieved and was necessary.

The shafts that run at an angle on each side in each of the small pyramids connect at a center chamber.

Inside the Kings Chamber there is a rectangular box, it is referred to as a sarcophagus. I refer to this as the igniter. The kings chamber’s igniter is located well for such a thing, the pressure would keep it closed. More evidence needs to be gathered and more research with a small scale working model needs to be done. What triggered the igniter is also a mystery at the moment, but maybe it had something to do with the makeup of the stone, light, or some other simple trigger.

There are three chambers in the Giza pyramid that have 3 sets of v shaped vents.

The last being the Kings Chamber. The kings chamber has multi ton stones which would act as a silencer or supression chambers.

The kings chamber is not limestone but is made from granite, one of the strongest stones on earth.

The lowest one has been ribited to keep it from breaking more.

Inside the Kings Chamber there are Cracked Blocks caused by an explosion. I would say that this may have been some sabotage during the construction of the pyramid. Most Egyptologists attribute this to modern day tomb robbers.

Maybe someone ordered the production to speed up and a more volatile mix was poured. This ultimately slowed down production by a great deal. The bad explosion that cracked these multi-ton solid granite blocks may have had many previous explosions intentionally. A structure with that much weight up above holding it in would be perfect for setting explosions off. The same is done in underground bunkers it would have created an implosion, a controlled experiment with the force to lift the megalithic stones day and night as long as the fire is fed.

The big mystery of the pyramid is how they were able to lift the stones. These explosions acted like a motor to cut stones and to run wheels that pulled the stones. The pyramid was automated to being able to build itself. For purpose of upward motion the intake worked to give a pull at certain intervals. In the two chamber pyramids it was choppy but nearing the top of giza it was a smooth easy running, a constant pull. Like a modern v6 engine producing work and giving lift whether steam, oil, gas, or some other fuel I am sure all of the nuances will take decades to understand.

At some point in time while using a pyramid-earth-oven something went wrong, or very right. And there was an explosion causing work, giving a pull of incredible force. To understand the working of the pyramid machine an experiment using an earth oven (small version of a pyramid) is necessary

1) The outer casing stones are a smooth Limestone cement.

3) The Sangua Mammoth is the most likely candidate for pulling megalithic stones, and some South American Pyramids stones may have been pulled by Triceratops and larger animals that do not exists today.

4) The canal side is the side where the stones where lifted with the most ease.

5) Linked stones were used for pulling in the side compression chambers.

6) The water source in the bottom of the pyramid may have been for cooling the stones.

7) The stones are sealed so tight that they create a hermatically sealed chamber.

8) The angled shafts are for intake and exhaust.

9) The casing inside the Kings Chamber may have been an igniter.

10) The kings chamber has a series of supression chambers and made from solid granite. There are three chambers with v shaped canals leading to each chamber making the Giza pyramid like a v6 engine.

11) The pyramid may have its discovery in the earth ovens even its name suggest this fact.