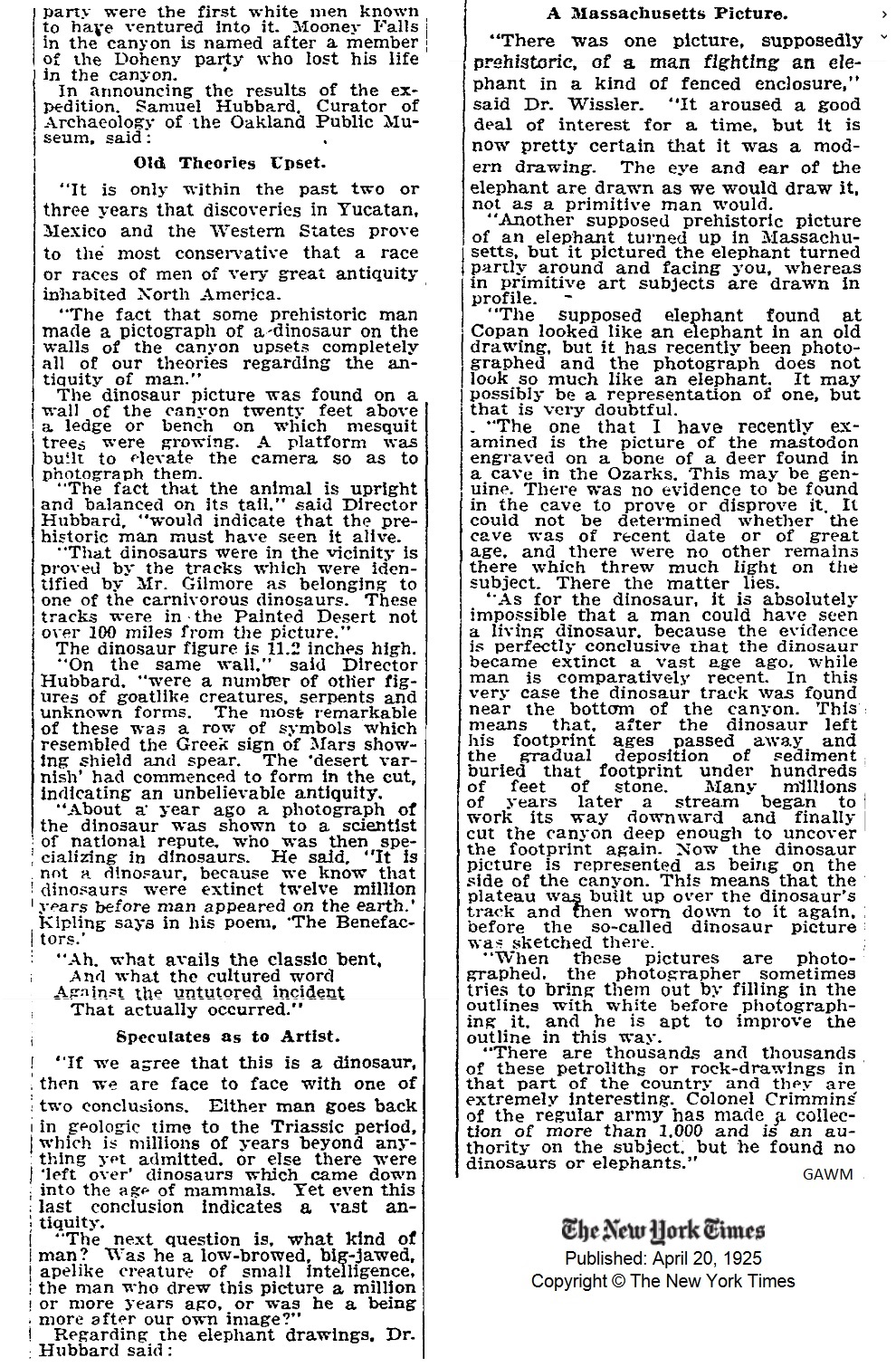 SUBJECTS
PUT MAN’S AGE BACK TEN MILLION YEARS
Scientists So Interpret Rude Drawings of Long-Extinct Dinosaurs Found in Arizona. MAYBE REPTILES SURVIVED Their Continuance Till Age of Man Also Suggested by Doheny Expedition’s Find.
Discoveries of a picture of a dinosaur drawn by men supposed to have been contemporary with the bulky reptile and of pictures of ancient American elephants attacking prehistoric men were made public here yesterday among the results of a scientific expedition sent by E.L. Doheny, the oil man, into the Havai Supai Valley in Northern Arizona.