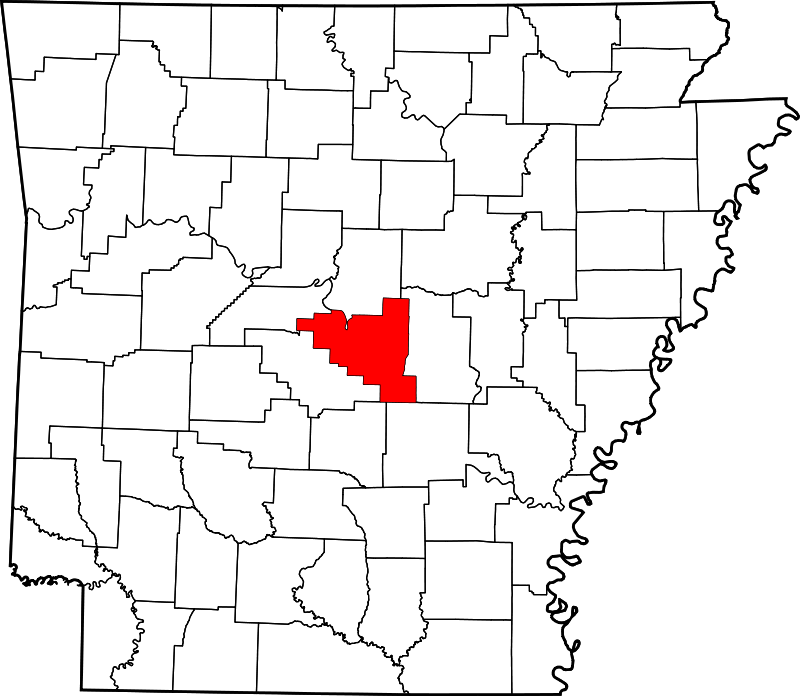 The county was formed on November 29, 1842, and named for the Ouachita River. A Giant Skeleton in Armor Unearthed. Little Rock, Jan 3- A skeleton in armor has been unearthed in this city. It is believed that the bones are those of one of the discoveries of the Mississippi. Whoever the man, he was a giant.

Workmen engaged in making some excavations in the rear of an old building, at Marshall and West Thirteenth streets, dug up a huge rough oak box. which crumbled under the blows of the picks, and which, to their astonishment, revealed a considerable portion of a once gigantic skeleton. Some of the smaller bones had entirely decayed, but upon examination traces of the former giants existence were plainly visible on the sides and the bottom of the crude coffin.

The grinning skull was encased in a heavy warriors helmet, while in the fleshless fingers of the the right hand a long rust-eaten sword. From head to foot the skeleton measured seven feet four inches.

The removal of the bones from the ground was acheived with the greatest care. The bones crumbled as if they were ashes, and with the slightest pressure of the fingers were easily reduced to dust. A portion of the skull was successfully removed and was given to a physician.