A number of skeletons of prehistoric men and women have been unearthed during the last twenty years in grottos on the Mediterranean coast not far from Nice . One of them is that or a man whose estimated height is seven feet nine inches , while another is the skeleton of a woman six feet three inches tall . The fact that in all discoveries of this character the remains have been of an unusual height would indicate a physical development in the human race which is not reached to-day . 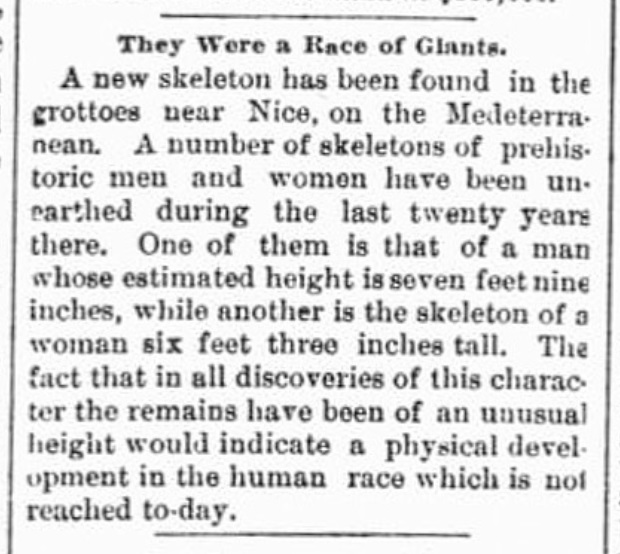