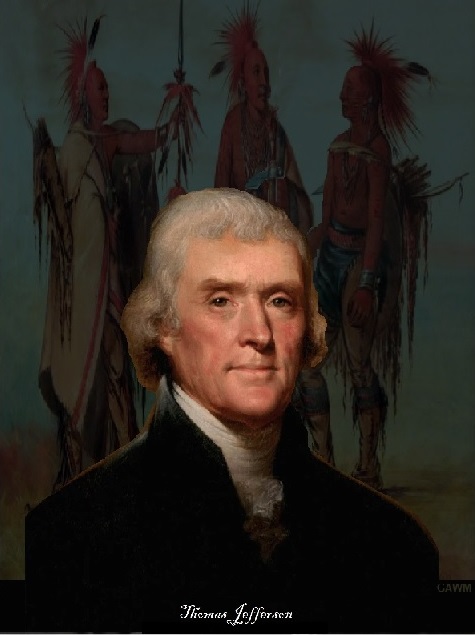 In 1804 Thomas Jefferson with Osage tribe leaders in Washington D.C. and was very impressed with their stature and prowess. Their warriors over six feet in height and one Osage chief was over seven feet tall.

‘Tall, erect, finely proportioned and majestic in their appearance; dignified, graceful and lofty in their demeanour; they seemed to be nature’s own nobility.’ 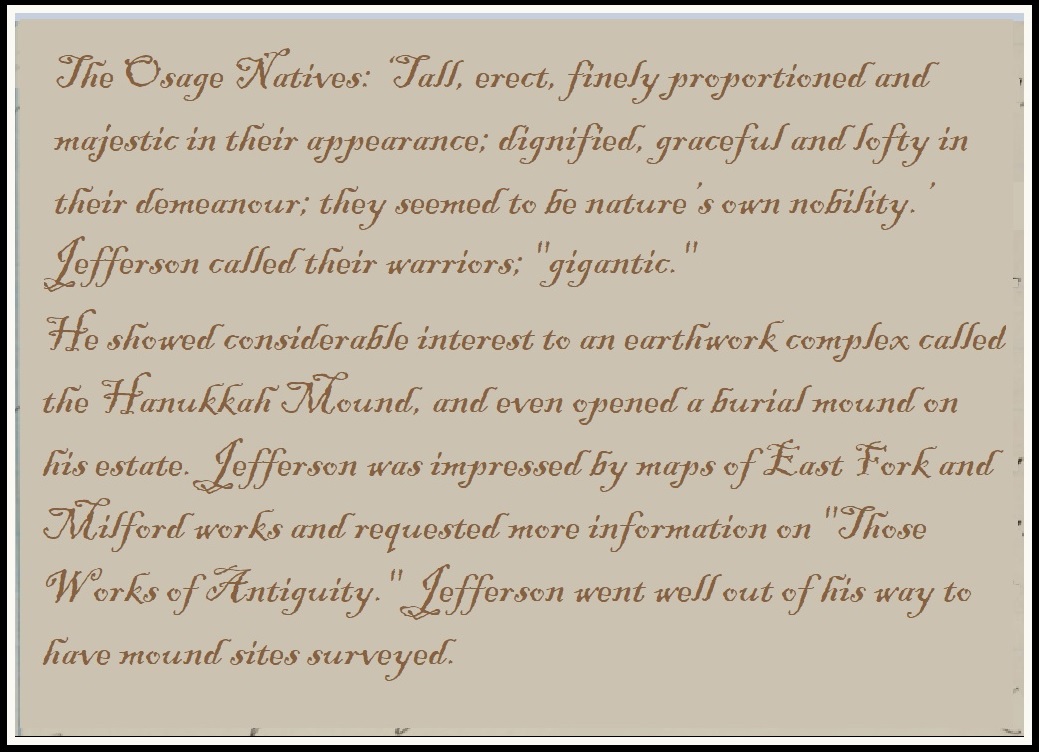 Jefferson called their warriors, “gigantic.”
He showed considerable interest to an earthwork complex called the Hannukah Mound,  and even opened a burial mound on his estate. Jefferson was impressed by maps of East Fork and Milford Works, and requested more information on “Those Works of Antiquity.”
Jefferson went well out of his way to have mound sites surveyed.