Gliptolithic surgery performed transplants of the entire heart solving the problem of rejection, as has been mentioned, by using blood transfusions from a pregnant woman to the individual who was to receive the organ and at the same tine irrigating the heart to be transplanted with the blood of the same woman. It is noteworthy that in all the organ transplants represented in the gliptoliths there is not one reference to the methods employed to unite severed blood vessels. It is well known that a fundamental part of contemporary surgical technique for the transplanting of organs is the skill with which blood vessels are united. It is possible that gliptolithic surgery united the vessels by means of reabsorbable tubes, one of the methods used by contemporary surgery. That is to say: each extreme of the tube is inserted in the orifices of the severed vessel; thus the tube acted as an internal bridge that allowed the two extremes of the vessel to be united. After a certain amount of time, undoubtedly specified, the vessel would be united through the regeneration of the cells, and the tube would be diluted into the blood stream. It is also noteworthy that the complicated system of electrical apparati was not limited to controlling the biological functions of the patient – as in contemporary surgery – but rather that it stimulated and maintained these functions exactly as they might have been stimulated and maintained by the centers that command these functions in the human organism.

Part of what I write in this chapter about gliptolithic surgery I had the chance to talk about in the IV Congress of the Western Hemisphere, organized by the International College of Surgeons, that took place in Panama. I had the honor of giving a paper at this Congress by invitation of the then President of the International College of Surgeons, Dr. Esteban D. Roca, eminent Peruvian neurosurgeon, of whom I had the honor of being a student at the Universidad Nacional Mayor de San Marcos and of being a colleague of his in his medical practice in the Peruvian Seguro Social (Social Security Service).

The scenes that inform us about different phases of the transplant of the heart appear in a series of ten gliptoliths, dark in color, the majority of which are approximately one meter in diameter. The figures and symbols are engraved using the deep scoring technique and a certain relief in the background to give emphasis to the figures (See Figs. 48, 49, 50, 51, 52, 53, 54, 55, 56 and 57). 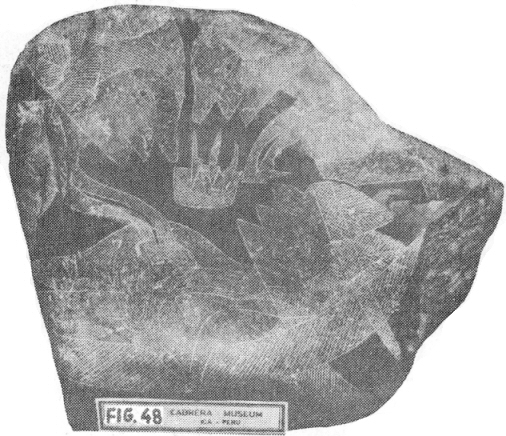 The donor of the heart to be transplanted is found alive on the operating table with an incision in the abdomen through which the surgeon has inserted his hands and is touching the patient’s heart. The complex system of electronic apparati suggested symbolically by the triangular segment full of rhomb-shaped figures under the patient’s neck is controlling the biological functions. The assistant surgeon bears a receptacle holding the medical instruments, symbolically drawn.

The donor of the heart is dead. This is symbolically expressed through the absence of the operating table and the system of complex electronic apparati that controlled his biological functions. 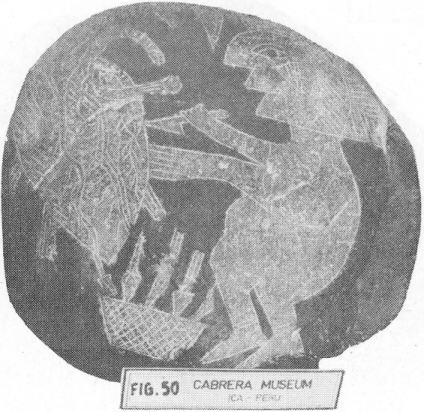 The heart that is to be transplanted is being prepared for irrigation with the blood of a pregnant woman. Notice that the large vessels have been severed. The vessels that irrigate the heart, drawn on purpose over its surface, will be connected to the irrigating mechanism 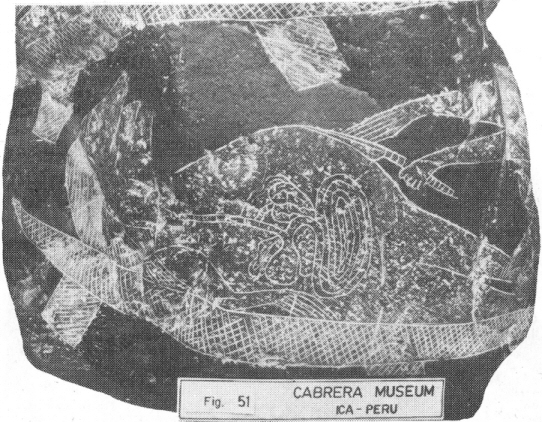 The individual who is to receive the transplant of the heart lies on the operating table. The surgeon readies himself to make an incision in the abdomen to extract the heart that is to be replaced. The triangular segment full of rhomb-shaped figures under the neck of patient indicates that his biological functions are being stimulated and controlled, so that he will not die.

The instant at which the individual two is to receive the heart transplant is having his heart removed. Notice that despite the fact that he has been left without a heart, he continues to be subject to the stimulus and control of his biological functions, judging by the triangle full of rhomb-shaped figures under his neck. This is explainable if it is understood that the complex system of electronic apparati that stimulates and controls the biological functions of the individual is also in charge of maintaining the circulation of the blood. The individual is thus alive, as can be confirmed by the leaf – a symbol of life – that can be seen under the operating table. 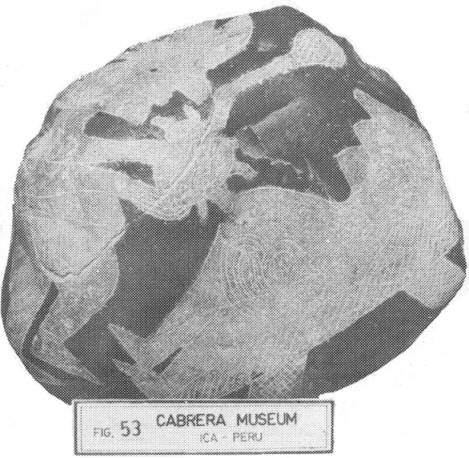 The heart of the donor is being irrigated with the blood of a pregnant woman and is at the point of being transplanted. Despite the fact that the receptor of the transplant does not have a heart his biological functions are maintained through the action of the complex system of electronic apparati, judging by the triangle full of rhomb-like figures that appear under his neck.

The heart is being transplanted and is being irrigated with the blood of a pregnant woman. 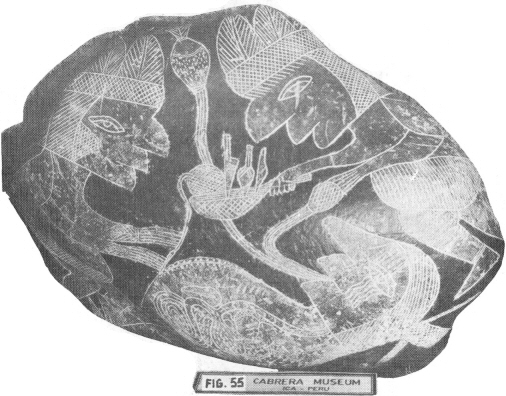 The heart has been transplanted and one of the surgeons sutures the wound with an instrument powered by electronic energy that cones from the apparati that can be seen in the upper part of the picture. This apparati has two branches: one for the suture and the other as a ground wire. The apparatus that the surgeon has in his hand that is connected with the mouth of the patient represents symbolically the oral administration of the anti-rejection hormone. 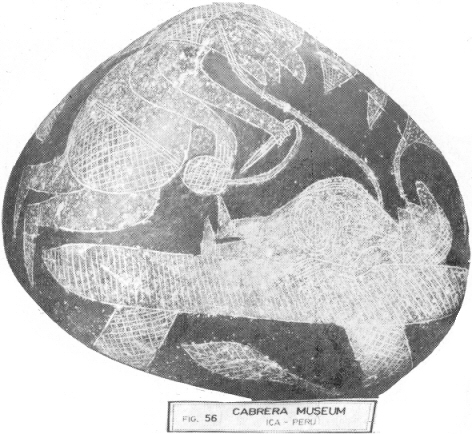 The surgeon has confirmed that the heart that has just’ been transplanted is functioning, using an instrument that symbolically suggests a stethoscope. The leaf – symbol of life – that appears under the operating table also confirms this. The figure connected to the mouth of the patient indicates that he is receiving a nutrient. The absence of a triangle full of rhomb-like figures that appeared under the patient’s neck, reveals that the patient does not need the complex system of electronic apparati that stimulate and control the biological functions to keep it alive.

The surgical operation has finished. This is manifest in the fact that in this scene, different from all the others in the series, the internal organs of the patient have not been shown. The heart transplant has thus been a success. The symbol of the anti-rejection hormone connected to the mouth of the patient probably expresses the need to keep administering it orally in the post-operation phase. The biological functions of the individual will continue to be stimulated and controlled for a time, as is revealed by the triangle full of rhomb-like figures under his neck.

(this material is an excerpt from the book “The Message of the Stones”, by Dr. Javier Cabrera)