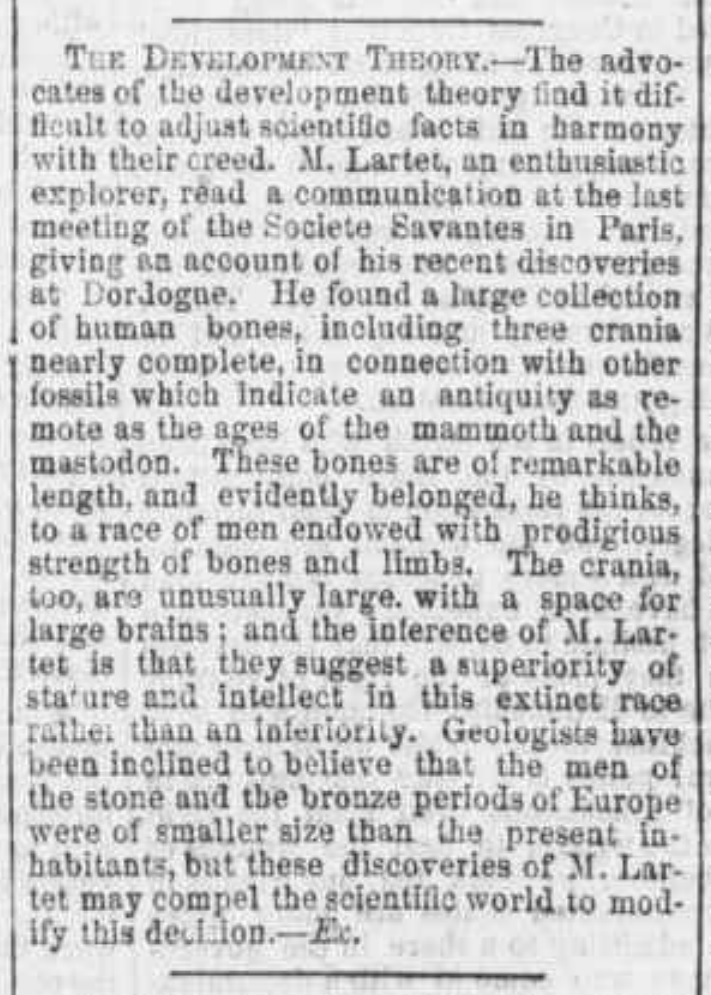 —The advocates of the development theory find it difficult to adjust scientific facts in harmony with their creed. M. Lartet, an enthusiastic explorer, read a communication at the last meeting of the .Société Savantes in Paris giving an account of his recent discoveries at Dordogne. He found a large collection of human bones, including three crania nearly complete, in connection with other fossils which indicate an antiquity as remote as the ages of the mammoth and the mastodon. These bones are of remarkable length, and evidently belonged, he thinks, to a race of men endowed with prodigious
strength of bones and limbs. The crania, too, aro unusually large, with a space for large brains ; and the inference of M. Lar tet is that they suggest a superiority of sta’ure and intellect in this extinct race rathe; than au inferiority. Geologists have been inclined to believe that the men of the stone and tbe bronze periods of Europe were of smaller size than the present in
habitants, but these discoveries of M. Lartet may compel the scientific world to modify this decLioo.— Ex.