Penguins have been used in the military, but not these. Giant Penguins 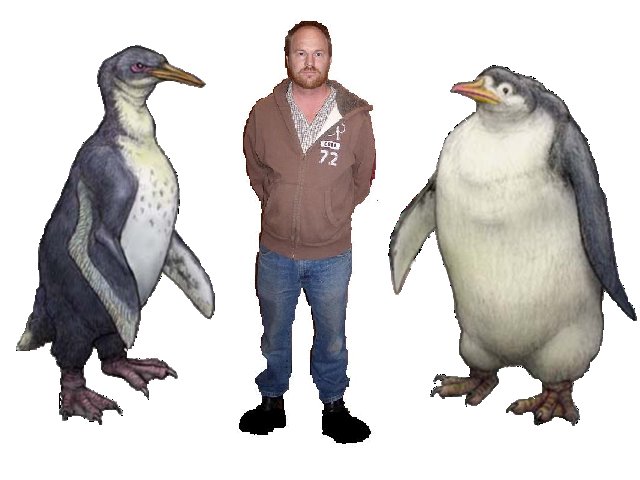 Actual size of Greater Ancestor Penguins to me.

The largest Feniciforme. The order comprises only Sphenisciformes penguins, water birds. . . . . . The largest representative of the group today is the Emperor Penguin (Aptenodytes forsteri) That can measure up to 1.3m high, weighing up to 38kg. However,

in the past there were even larger species, . . . giant penguins,

the highest of these was Nordenskjoldi Anthropornis ago 45 to 37th of the Antarctic seas, came to measure up to 1.7m high, with an estimated weight at 90kg.

However, there was another species of penguin that while not as high, if it is heavier. Ponderosus Pachydyptes ago 34 to 37th of the Antarctic seas came to measure only 1.5 or 1.6m tall but weighing 100 kg or more.