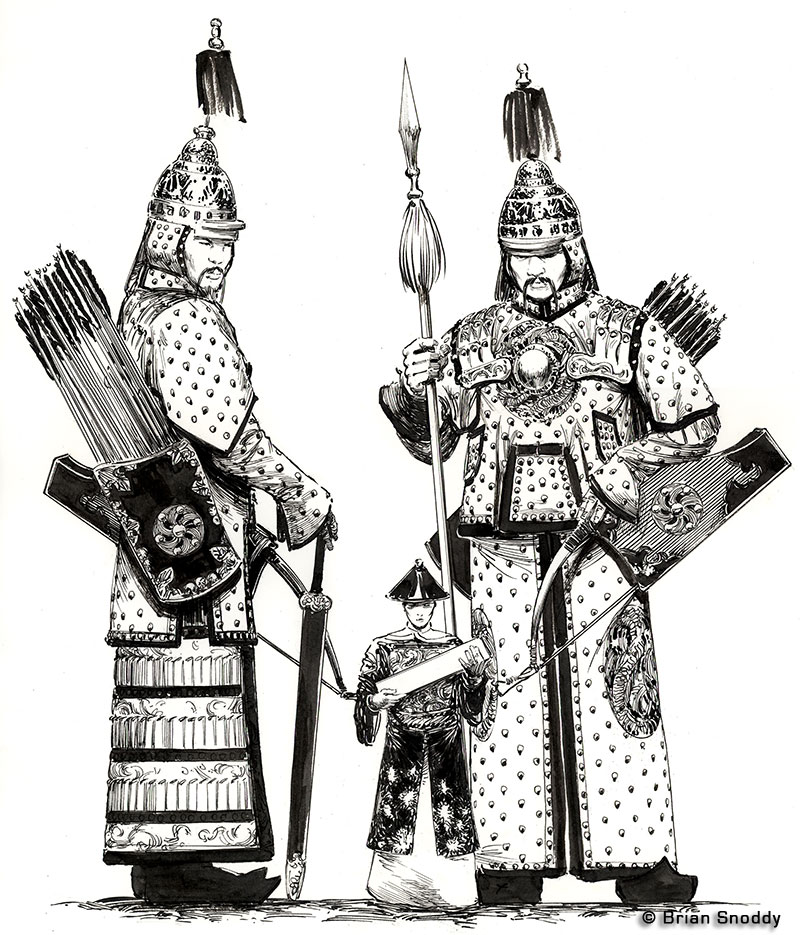 The Chinese, in whose land archaeologists have found some of the earliest skeletal remains of giants, insist they once had among them some men as much as fifteen feet tall. One might dismiss this as just another “tall tale,” except that Melchior Nunnez, in his letters from India, vouches for the fact that China grew some giants to that tremendous size. He “speaks of porters who guarded the gates of Peking who were of that immense height; and in a letter dated in 1555, he avers that the emperor of that country entertained and fed five hundred of such men for archers of his guard.” Peking Giants