~Mike Rambow Apr 6 2016 2:6 am “I got one for you buddy, there is a town east of Vegas called Overton Nevada. That town houses a museum of the “Lost City” excavations conducted by Mark Harrington in 1924 I believe. Harrington was the same guy who excavated Lovelock cave. I believe Micah Ewers has a newspaper column about it. If I remember correctly, I believe there was some rumors there was some 7 foot range skeletons taken from there.” 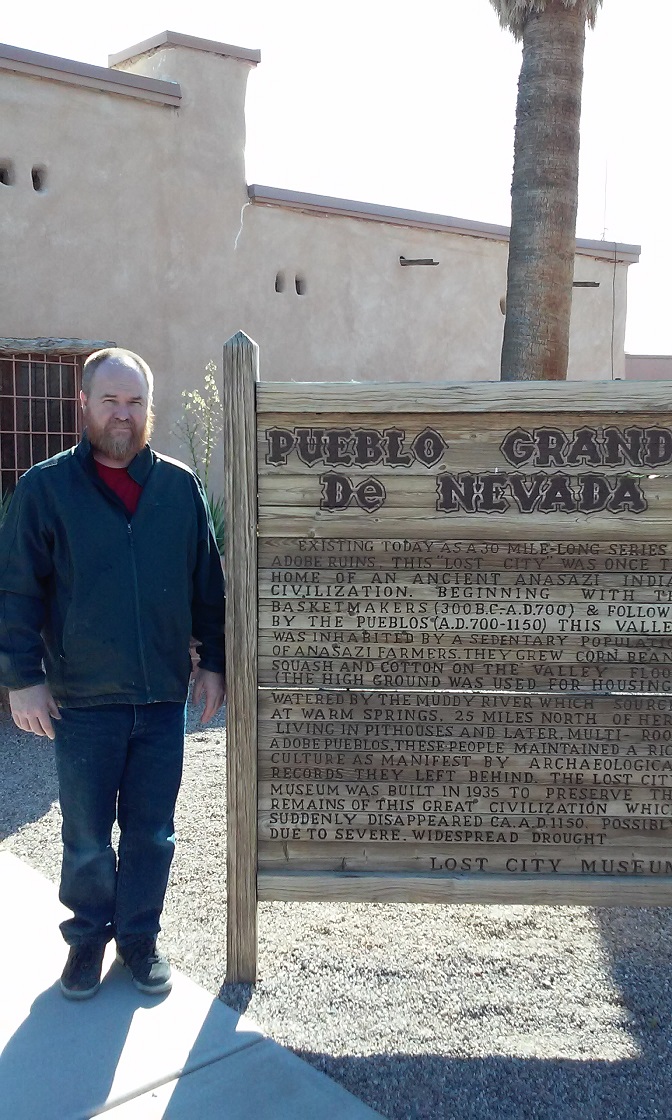 Here I am at Lost City Museum in Overton, Nevada. I am here in Las Vegas on a job for Pizzazz scenic company building a Smaland, which is a child’s playground we are building at an IKEA here in Vegas. It is mandatory that we get days off every six days so we (5 theming contractors) pick places to go on those days off. Before we go through the findings of this venture and i bring new information and clues to this story, lets first look at the leads, the research,  and the history of 7 foot giants that were written down in reliable news sources before this giant-hunting expedition begins. 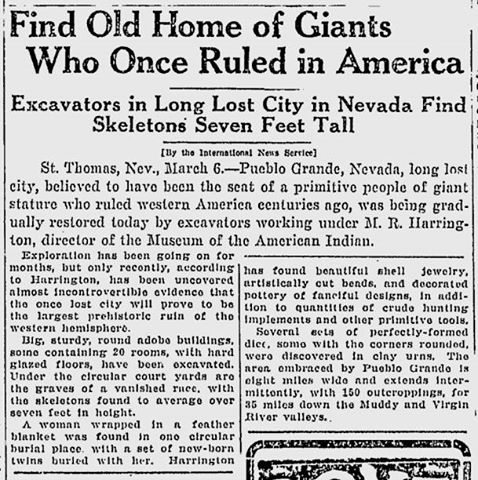 Find Old Home of Giants Who Once Ruled in America.

St. Thomas, Nev., March 6.-Pueblo Grande, Nevada, long lost city, believed to have been the seat of a primitive people of giant stature who ruled western America centuries ago, was being gradually restored today by excavators working under M. R. Harrington, director of the Museum of the American Indian. Exploration has been going on for months, but only recently, according to Harrington, has been uncovered almost incontrovertible evidence that the once lost city will prove to be the largest prehistoric ruin of the western hemisphere. Big, sturdy, round adobe buildings, some containing 20 rooms, with hard glazed floors, have been excavated. Under the circular court yards are the graves of a vanished race, with the skeletons found to average over seven feet in height. A woman wrapped in a feather blanket was found in one circular burial place, with a set of new-born twins buried with her. Harrington has found beautiful shell jewelry, artistically cut beads 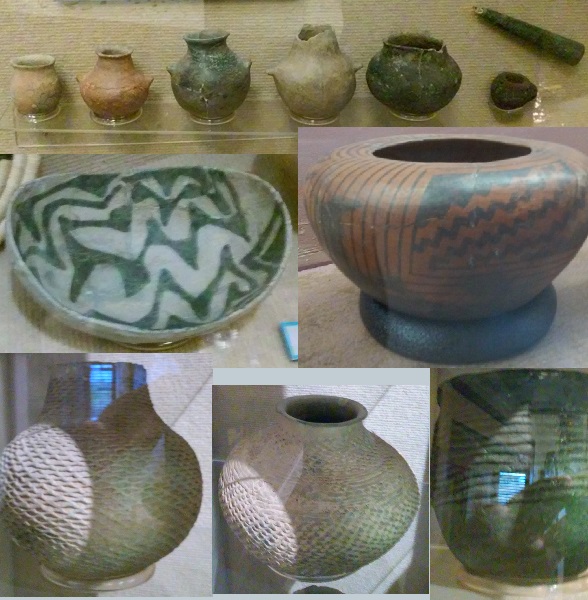 and decorated pottery of fanciful designs, in addition to quantities of crude hunting implements and other primitive tools. Some sets of perfectly -formed dice, some with the corners rounded, were discovered in clay urns. The area 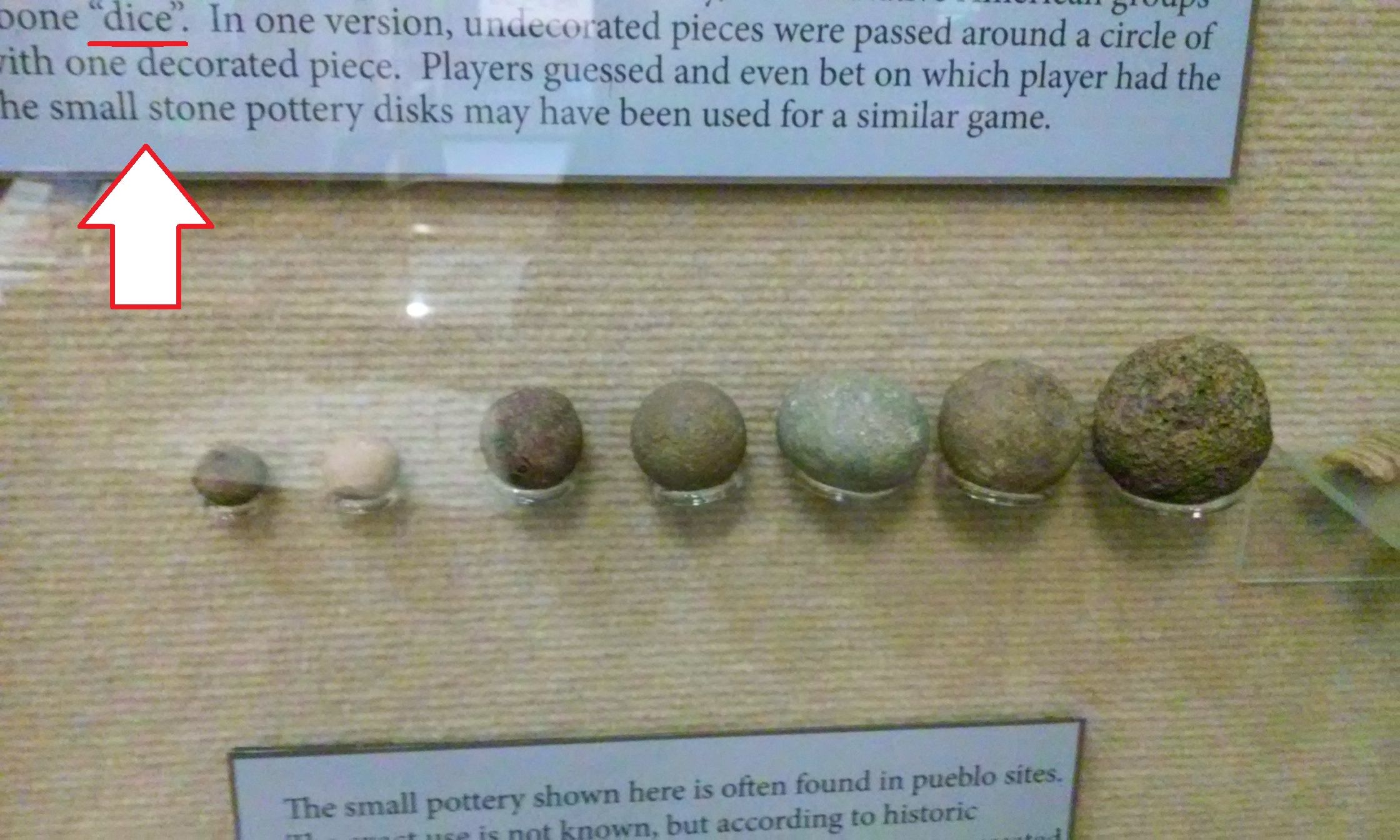 embraced by Pueblo Grande is eight miles wide and extends intermittently, with 150 outcroppings, for 35 miles down the Muddy and Virgin River Valleys.”

“No mention of hoaxes or Harrington having a four Martini lunch and exaggerating skeletal size. Regardless, a very interesting story.” 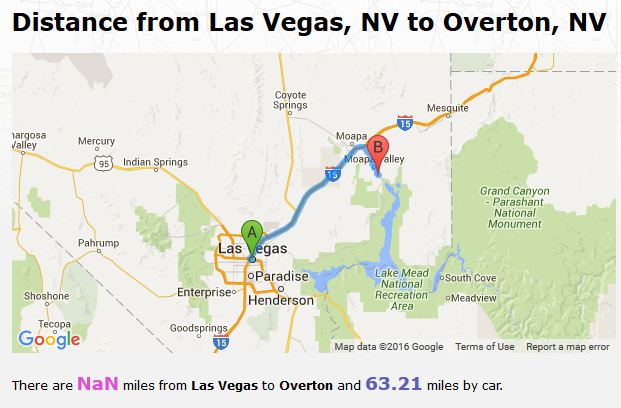 So i called up the museum (702) 397-2193 And the Museum Director Jerrie Clarke gave a broad generalized dismissal about giants, saying that they were all photoshop fakes and hoaxes. She spoke from authority, she herself was convinced of it and was very direct. She didnt know much about giant research but was rather politely argumentative. I tried to educate her of the validity of Greater Ancestry as a scientific model. I told her of the influx of interest after myself (Chris Lesley) and Micah’s research back in 2010.  I told her of the other publications that spoke of the 7 foot skeletons found at the Lost City. This whole conversation was eriely similar to the same conversation i had in Saint Augustine at the “Fountain of Youth Park”.  Mrs. Clarke handed me a photocopy of what she believed was a rebuttal to the mentioning of giant 7 foot skeletons. I told her that i would include it as well:

Almost from the inception of the first Lost City expedition, clipping services began sending items not only from National but also from international newspapers about the finds being made on the Nevada desert. While some articles were well written, such as the such as the one by George C. Sutherland in the Salt Lake Tribune of January 25th 1925, others displayed, others displayed flights of imagination describing everything from “seven foot giants” to “women’s silk garments”

Governor James G. Scrugham appointed “M.R.” to work in the government’s interest. Maybe everyone but government employees are dishonest, and appointed archaeologists are the Saint Christophers’ of their time. <sarchasm> Using the word “government” automatically makes me a conspiracist for people getting paychecks from the government. However, all accounts, numerous accounts speak of 7 foot giants, it is a bigger conspiracy to rely on one man “M.R.” over a multitude of sources. I call these public-conspiracists.

The pottery, shards and gloves were of such high quality craftsmanship that feathered blankets and silk garments should not be surprising.

The answer is, of course yes! 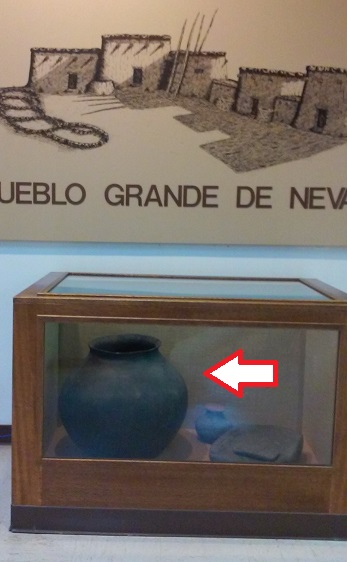 *There were some large obsidian spearheads, and a a large arrow tip of white obsidian that was far from being crude.

*One of the most amazing items was a huge pot, unbelievably large guaranteed to be larger than anything in your kitchen or mine. No one can say for sure of their use but they were much to large for a present day individual or a present day family. The cabinet comes up the hips in height. It was so much larger than all the other pots 6 to 8 times larger. It was the largest and most oversized item in all the collection. 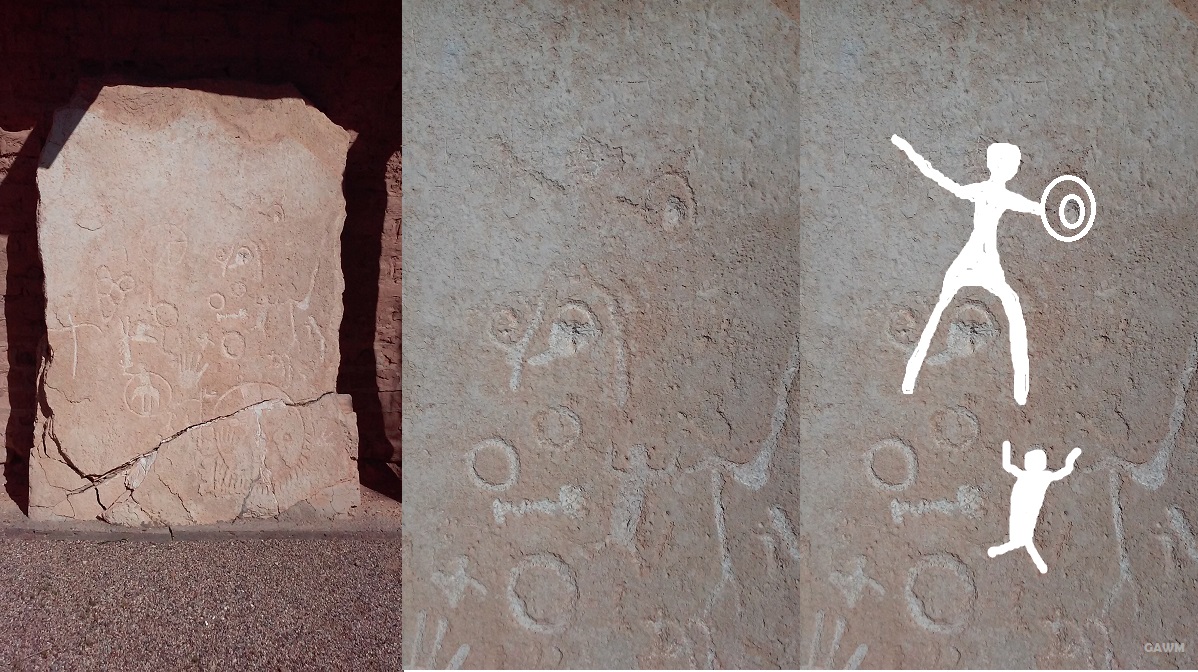 I guess the other Giant Hunters missed this one.

Stone Builders, Mound Builders and the Giants of Ancient America Your Daily Giant 12/22/2013 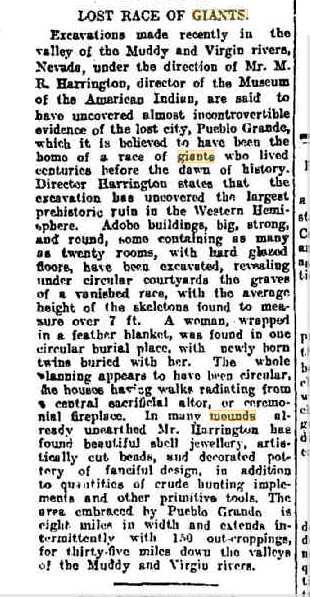 LOST RACE OF GIANTS.
Excavations made recently in Ino valley of the Muddy and Virgin rivers, Nevada, under the direction of Mr. M. R. Harrington, director of the Museum of the American Indian, are said to have uncovered almost incontrovertible evidence of the lost city, Pueblo Grande, which it is believed to have been the
homo of a race of giants who lived centuries before thc dawn of history. Director Harrington states that the excavation has uncovered the largest
prehistoric ruin in the Western Hemisphere. Adobe buildings, big, strong, and round, some containing as many as twenty rooms, with hard glaised
floors, have been excavated, revealing under circular courtyards tho graves
of a vanished rare, with tho average. height of the skeletons found to mea-
sure over 7 ft. A woman, wrapped in a feather blanket, was found in one
circular burial place, with newly born twins buried with her. The whole
planning appears to have been circular, The house having walks radiating from a central sacrificial alter, or ceremonial fireplace. In maur mounds al-
ready unearthed Mr. Harrington has found beautiful shell jewellery, artistically cut beads, and decorated pottery of fanciful design, in addition to quantities of crude bunting implements and other primitive tools. The area embraced by Pueblo GrandE is right miles in width and extends intermittently with l50 outcroppings, for thirty-five miles down the valleys
of tho Muddy and Virgin rivers.