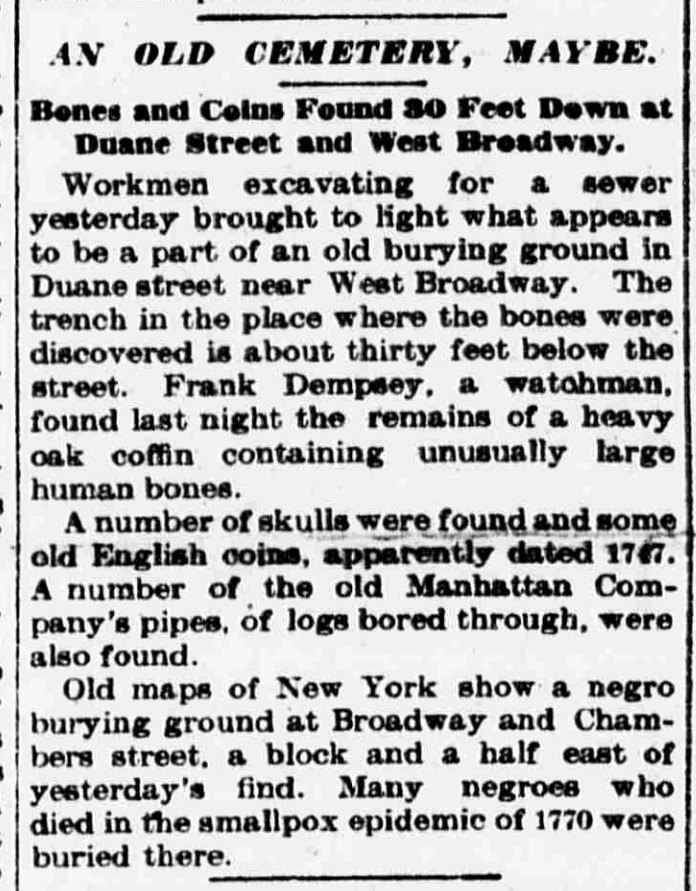 Bones and Coins Found 30 Feet Feet Down at
Duane Street and West Broadway.
Workmen excavating  for a sewer yesterday brought to  light what  appears appears to a be a  part of an old burying ground In Duane street near  West Broadway. The
trench in the place where the bones were discovered is about thirty feet below the street
Frank Dempsey Dempey a watchman found
the remains of heavy oak coffin containing unusually large large human
bones
A number of old skulls  were found and some old English coins apparently  dated at 1717.
A number  of the old Manhattan Companys pipes  of  logs bored through were also found.
Old maps map of New York show a negro burying
burying ground at Broadway and  Chambers street a block and a half east of
yesterdays find. Many negroes who died in the smallpox epidemic of 1770 were buried there.