An extraordinary discovery is r 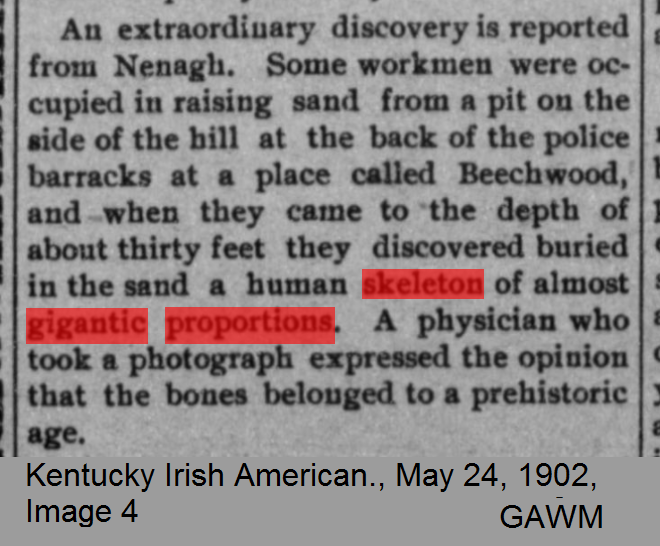 eported from Nenagh. Some workmen were occupied in raising sand from a pit on the side of a hill at the back of a police barracks at a place Beechwood, and when they came to a depth of about thirty feet they discovered buried in the sand a human skeleton of almost gigantic proportions. A physician who took a photograph expressed the opinion that the bones belonged to a prehistoric age.